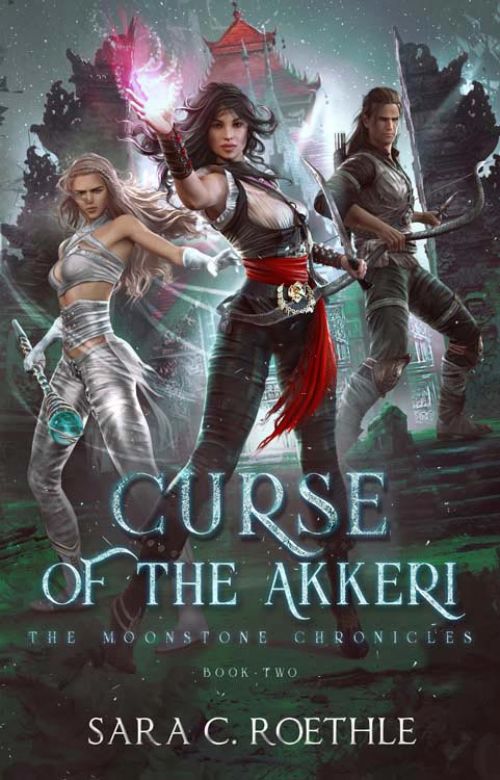 Faerune is running out of time. With the threat of the Dreilore nipping at their heels, our unlikely companions have only one choice: to move forward with Alluin’s mad plan to overthrow the Empire. The emperor must be killed, and the Dreilore defeated, but first Isara Saredoth must be located. She’s the only rational choice for empress, someone both humans and elves alike can support.Elmerah, Alluin, and Saida will brave the Akkeri temples to find their empress, but Isara may not be exactly what they expected. In fact, some think her quite mad. Everyone knows that sane people don’t believe in demons. That’s what Elmerah used to think, but after facing off with the emperor on more than one occasion, she’s beginning to have her doubts.In this second installment of The Moonstone Chronicles, our heroes will learn just what it means to truly sacrifice for a cause, just as they will learn that words like family, and loyalty, have very little to do with blood.