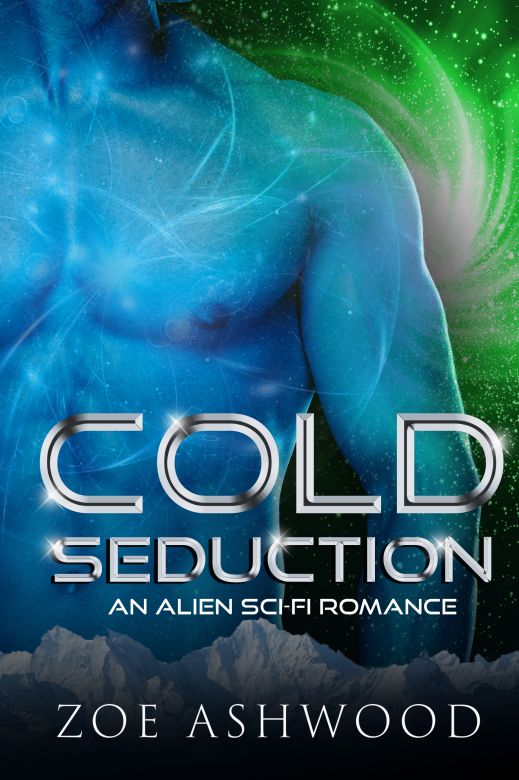 She escaped Earth and ran across galaxies…into his arms.

Hanne won’t return to Earth. Ever. No matter that the rest of the human delegation is flying back from Rendu and she is one of the few humans to remain on this strange, frozen planet. What awaits her back home is way worse than any ice storm…or the brooding alien general she can’t stop thinking about.

Lhett knows he’s far from being anyone’s idea of a happy ending. His scars are enough to send people running, and his moods scare away the rest. But he can at least make sure that the stubborn human scientist doesn’t die on his watch, even if she drives him crazy with her visits to the planet’s steamiest appliance store.

When the heat between them rises to battle even the brutally cold nights, Hanne and Lhett discover that some scars don’t show up on skin. And opening old wounds is more painful than they ever imagined. Can love between a human woman and a hulking alien male beat the odds?

Cold Seduction is the last book in the steamy Ice Planet Rendu sci-fi romance trilogy. Return to this frozen, beautiful world for another sexy adventure!