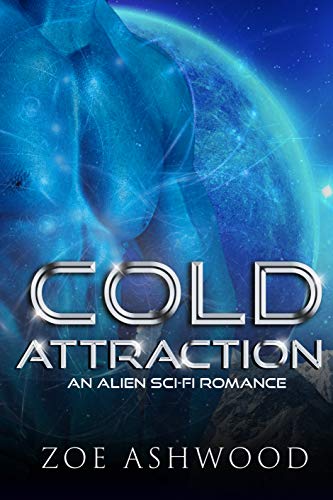 Adriana is the first human to walk the icy planet Rendu as part of an exploration mission from Earth. An extraterrestrial anthropologist, she's charged with observing the alien culture and finding out what makes them tick. One particularly gruff male makes her heart race and sends her professional judgment out the window...

Taron ad Naals brought an expedition of humans to his planet, only to find his home in political turmoil. The King is dead, and unscrupulous enemies threaten the young Queen's life. On top of that, a certain voluptuous, warm-blooded scientist is set on uncovering secrets that should remain buried. One warm touch, and he's hers: she brings him pleasure he never imagined existed.

Her love will melt his defenses.

As Adriana's curiosity triggers a dangerous mess of galactic proportions, Taron must race to save her life. Yet she is the one who will rescue him – and his entire nation.

Cold Attraction is a steamy standalone Sci-Fi romance perfect for fans of sexy alpha aliens and strong heroines. It features a full HEA and has no cliffhangers. Get it today!