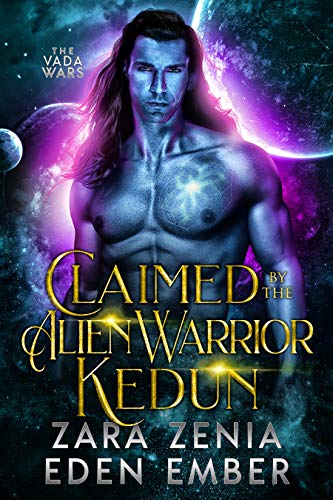 When paired with Terran agent Aryn Hillee on a critical mission, Hjott warrior Kedun faces the undeniable fact he’s desperately attracted to the female Terran and deeply desires to claim what’s fatefully his.

Qetesh Agent Aryn comes to the Vada System to help Jatra maintain their newly found peace. The last thing on her mind is romance especially with the brute Hjott warriors. When Premier Vorta asks her to head a mission with the warrior, she’s hesitant. However, bound to the Qetesh, she does as the Premier asks and finds herself on a spaceship alongside Kedun heading to a rumored uprising. She finds out quickly he has more intentions for her than she expected, he wants to claim her as his mate.Though Kedun tries to resist the nature of his urges, he follows through with the mission trying to keep things professional between him and the very beautiful agent. The unrest on Dathee means they are heading into danger on the rock prison planet. He struggles with his sense of duty to Jatra and his newly burst feelings for Aryn.Can Kedun and Aryn figure out what happened at the breached prison before the rebels discover their arrival or will the danger overtake them before he rightfully claims her as his mate?Claimed By The Alien Warrior Kedun is book 2 in The Vada Wars series, featuring the tenacious alien warrior Kedun and the fearless human military agent, Aryn.