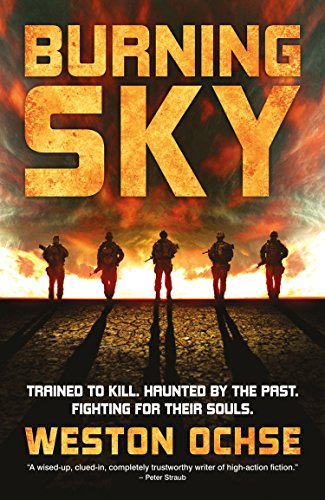 The intense brand-new military horror series from “one of the Major Horror Authors of the 21st Century” – American Library Association Trained To Kill. Haunted By The Past. Fighting For Their Souls. Everything is dangerous in Afghanistan, nothing more so than the mission of a Tactical Support Team or T.S.T. All veterans, these men and women spend seasons in hell, to not only try and fix what’s broken in each of them, but also to make enough bank to change their fortunes. But seven months later, safely back on American soil, they feel like there’s something left undone. They’re meeting people who already know them, remembering things that haven’t happened, hearing words that don’t exist. And they’re all having the same dream… a dream of a sky that won’t stop burning.