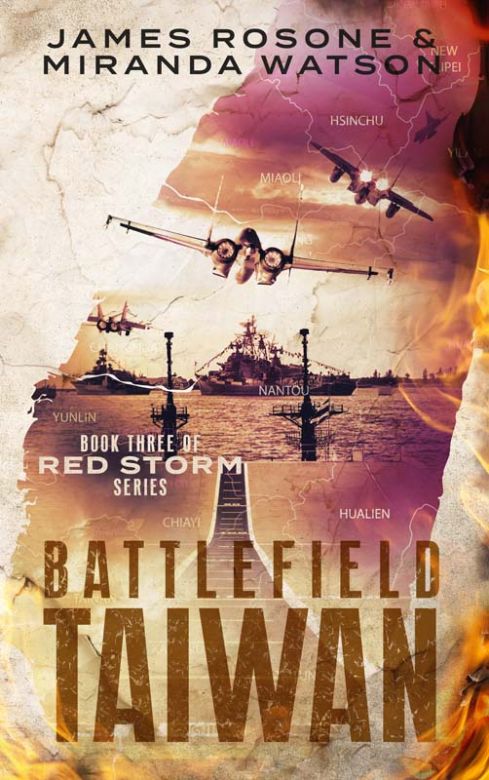 The fate of Taiwan hangs in the balance. If it falls to the Chinese, they will be one step closer to dominating all of Asia. Japan, Thailand, the Philippines — no one is safe from their hostile takeover. While North Korea no longer poses a significant threat, the incursions there have greatly weakened the United States military force. Will the President's draft and retooling of the economy move swiftly enough to make a victory possible? Or will America's resources be stretched so thin that Europe and Asia will both be lost?

Uncover some of the deeper threads that have been woven in Russia and China's master plot. Will they be able to pull India into their web? Will China's new techno-communism become the new world order? Or will the United States find a way to reunite a fractured Europe and break free of the relentless attacks? 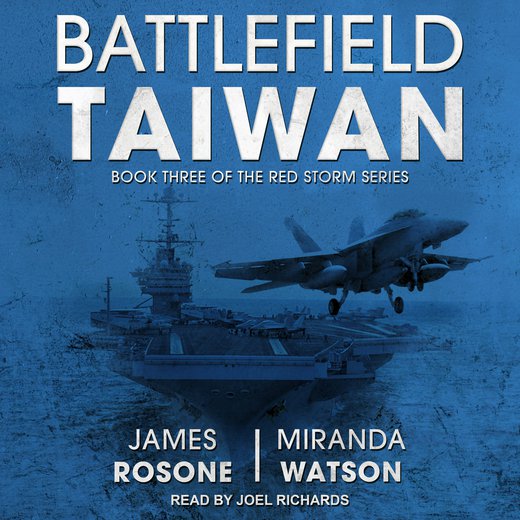 General Yang Yin was hot, dirty and exhausted as he walked into the briefing room of his headquarters building. His army group had led the invasion of Vietnam and secured their primary objectives with lightning speed. They were now being replaced by secondary units and relocated back to their primary bases to rest, rearm and begin training for their next operation, the invasion of Formosa.

As Yang approached the head of the briefing table, he saw his division commanders all standing behind their chairs, ready to sit once he gave the order. He signaled with his hand for them to be seated. Almost in unison, they dropped into their chairs.

Yang surveyed his generals, eying each of them carefully. He had spent the last couple of days going over each division’s war reports from the generals’ staff and the political officers. Overall, he was satisfied with their performance. However, this next theater of war would prove to be a true challenge.

“Generals,” Yang began, “while the war in Vietnam has not yet been fully won, our army group has accomplished our major objectives and has been ordered back to garrison to prepare for our next mission.”

“As you know, the Americans appear to be preparing for war with our communist brothers in North Korea. As if attacking the peace-loving people of Ukraine and Russia was not enough, the Americans and NATO invaded Belarus yesterday. Now it appears that they are going to bring their war to the doorstep of the Korean Peninsula,” he announced. Yang could see that his generals were not happy about the Americans sticking their noses into the affairs of China. None of them agreed with what was happening in Europe, but Europe was a long way from China.

General Yang continued, “Army Group North will be handling the situation in North Korea if the President directs the PLA to intercede on behalf of our communist brothers. However, our army group has been selected for a much greater honor.”

At this announcement, everyone sat a little straighter in their chairs.

“We have been chosen to be the lead army group to reclaim the renegade province of Formosa,” Yang announced in a triumphant voice. The generals and officers at the table all smiled. This was great news indeed.

Yang continued, “When I was in Beijing, I was personally congratulated by President Xi and the Minister of Defense himself for our superb handling of the invasion of Vietnam. They both said they could think of no army group better than ours to lead this invasion. I assured them that I have the best division officers and generals in China and made sure that every one of you will receive a special award for your leadership in Vietnam.” Some light murmuring of excitement and chatter spread through the room before General Yang raised his hand to regain their attention.

“Now, this next operation is going to be much tougher than Vietnam. I have been assured that all our lost equipment and troops will be replaced by the end of the week to bring us back up to 100% strength. We are also going to be augmented with additional soldiers from the People’s Liberation Army Militia for the invasion.”

One of Yang’s division commanders immediately raised his hand, wanting to ask a question. Seeing that it was General Wong, one of his best commanders, he nodded for him to go ahead and speak.

“General Yang, I do not mean any disrespect towards our brothers in the militia, but how do you envision us using them with our divisions and how many militia forces are we being given?” he asked, lowering his head slightly in a soft bow to indicate that he meant no impertinence.

Yang had known his officers would ask about this, and he had prepared for the question. Clearing his throat, he responded, “It is true that the militia forces are not nearly as trained or prepared for war as our active duty divisions, but the Ministry of Defense wants to get them ready for a larger potential conflict, should one arise with the Americans. To that end, our army group has been assigned 350,000 PLAM units to get prepared for combat and to use in the upcoming invasion. A group of similar size has been assigned to General Sheng’s Army Group B, which is still continuing the war in Vietnam.”

Surveying his generals, Yang could see in their eyes that they were excited, even eager, to get the invasion started. “I have not been given a timetable for the invasion of Formosa, other than I’ve been told to be prepared for hostilities in as little as thirty days. I want to break our militia groups down into three segments. One will focus solely on logistics and will be critical to keeping our army group supplied and supported once the invasion starts. The second group will focus primarily on occupation duty and will be integrated with our military police units. The third militia group will be given a lot of additional training and focus on the invasion. I am going to assign 200,000 militiamen to General Wong, to prepare them for the invasion. I want 70% of the first wave of soldiers to be militia. I know that means a lot of them will be killed, but they will identify enemy strongpoints in their deaths, which we can then destroy through the air force or navy’s resources. Following the first wave, I want the militia forces to make up no more than 30% of the troops involved until we have secured the beachheads.”

Yang paused for a moment, lifting his glass of water to his lips and proceeding to take several long gulps before he went on. “When we have secured the landing zones, I want the militia units to be largely used in clearing out some of the heavy lines of enemy resistance. We do not have a lot of time to get them battle-ready, but the ones that do survive are going to become the nucleus of a much stronger militia unit going forward. These units will then be heavily integrated within our own units.”

Turning to General Wong, Yang explained, “I want your units to spend a lot of time training the militiamen on marksmanship, small-unit tactics and weapons. Make sure they know basic first aid and how to effectively call in air support or artillery. Train them just as hard as you would soldiers in your own division. The more enemy soldiers they are able to kill, the fewer enemy soldiers will be left to kill your own men. Do you understand, General Wong?”

Wong nodded. “You can count on me, General. I will not let you or our army group down. They will be as ready as I can get them in thirty days,” he replied with a serious look on his face.

The group continued to discuss the invasion plans, where the various divisions would land, and their objectives once on shore. Paratroopers were also going to be used for the invasion, along with the People’s Liberation Army Naval Infantry, who had proven they could effectively carry out multiple amphibious invasions during the Vietnam campaign. This was going to be a truly combined-arms effort by the Chinese military.