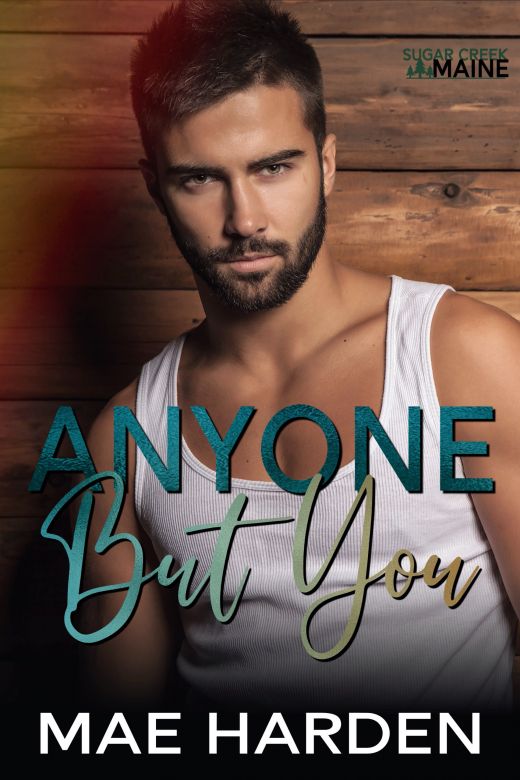 It was supposed to be a quick boat trip out to the island. One morning. Just enough time to get the photos I need for my research grant. But nothing ever goes according to plan. The ship captain I’m expecting is replaced at the last minute, leaving me stuck with Dean Carpenter. Cocky, charming, and unfairly sexy, my best friend’s older brother is six-and-a-half-feet worth of thorn in my side.

The more time I spend with Dean, the more I grudgingly have to admit he’s not the teenager I remember. He still loves to push my buttons, but he’s found new ones. In places I can’t resist.

Filling in for my brother has never had a better view. When Sutton O’Brien turns up on my pier, the mouthwatering curves are all-new, but her fiery spirit is just as intoxicating as I remember.

Stranded by a heart-pounding accident and a storm of biblical proportions, I’m given the one thing I want more than anything else: more time with my uptight little historian.

Now I just have to show her how right we are for each other. In bed and out.

Fog swirls around me as I check my watch for the thirteenth time. The summer heat will burn it away in a few hours, but for now, Sugar Creek, Maine, is covered in a soft, white blanket of mist.

It would be magical if I weren’t so annoyed. “Where is he?” I whisper into the mists.

As if I’ve conjured him, a hulking shadow stomps toward me along the dock. When I realize who it is, my heart beats faster.

“Dean? What are you doing here?”

“Good morning to you too, Sunshine.”

He takes a sip from his coffee cup and scrutinizes me with his whiskey eyes, making me wait for his answer. Ignoring the little tingle that always runs up my spine when he looks at me, I lift my eyebrows in a silent challenge.

“Which one?” He smirks as he shrugs past me, heading toward the boats.

I trail after him, crossing my arms over my chest. If there is one person in this tiny ass town who I don’t want to be stuck with alone on a boat, it’s Dean Carpenter, my best friend’s older brother. When we were kids, he made it his personal mission to annoy me at every turn. He’d interrupt me in the library and tease me when I’d skip parties to study.

As if that weren’t bad enough, I watched him flirt with (and charm) every girl in town… everyone except me. When it came to me, Dean was more interested in what buttons he could push to piss me off. Once he found them, he’d slam his hand down on them repeatedly.

“Muriel said Jake was taking me out to the island.”

Dean chuckles, a warm deep sound that hangs in the thick air. “Muriel says a lot of things. But you’ve been gone so long, maybe you’ve forgotten.”

“It hasn’t been that long.”

For instance, I’ve been back long enough to witness the way he walks around town with that cocky-ass smirk, like he’s God’s gift to Sugar Creek. Though, I can grudgingly admit that if I looked that good, I might be a little smug, too.

Dean takes a long step onto the deck of a huge white boat. ‘Carpenter Excursions’ is splashed across the side, along with a silhouette of three whales breaching the surface of the sea. I’m momentarily distracted by the way his jeans wrap around his butt. But then he opens his mouth again, ruining the fantasy.

“Look, Sutton. This isn’t my first choice for a Monday morning either. Jake booked this adventure as a favor to Muriel and then conveniently came down with a cold. There’s a massive storm heading this way this later tonight, and seeing as we are the exclusive excursion company in Sugar Creek, you’re stuck with me. Or you could swim. But you might mess up your hair, and we can’t have that.”

He offers me that smirk again, and I have a strong desire to smack him. I don’t have time to wait out a storm and I suspect he knows it. The deadline for this grant closes in a week and I have a mountain of paperwork to finish for it.

He holds out a hand to help me onto the boat, but I ignore it, grabbing the railing and jumping across on my own.

“Stubborn woman,” he chuckles as he turns toward the helm.

“Cocky ass,” I mutter. I head toward one of the bench seats, but Dean stops me, holding up a finger for me to wait. He digs a faded orange life jacket out from under the bench seats. He stands over me, brows furrowed, and I don’t think I realized until this exact moment how much bigger he’s gotten since I last saw him. Dean’s taller, sure, but he’s also thicker. Wider. Harder. And as much as I hate to admit it, that scruffy beard is doing him every favor.

Dean sighs. “Your arms, Sutton. Put them in.”

I do as he says before my brain catches up, slipping my arms into the stiff vest. I fumble with the buckle, but he pushes my hands aside, clipping me in. He’s so close his breath whispers over my collarbone. His hair looks damp, like he’s freshly showered. A little shiver runs through my body, even though I hate myself for reacting to him. Does he have to smell so good?

Dean’s eyes lock on mine as he slips a hand under the shoulder of the jacket, holding me in place as he cinches the straps down so hard they squeeze my ribs.

“Oof—ease up. It’s tight enough.” I smack his hands away and step back, loosening the straps.

Dean winks at me before striding back to the front of the boat, shrugging on his own vest.

“Safety first, Sunshine,” he calls over his shoulder.

Seagulls scream overhead as we motor out of the marina. Dean has a map pulled up on a screen and he studies it as we get up to speed, the boat bouncing over the waves.

“Jake said you’re trying to get some kind of grant for Wychwood Island?” Dean calls. The wind pulls my hair out of my neatly pinned bun, whipping it around my face, and I have to hold it in a ponytail to keep it out of my mouth.

“Research grant,” I shout over the roar of the wind. The boat heaves over a large swell and my stomach drops, a wave of nausea washing over me. This does not bode well for the rest of the trip.

A month ago, the old historian at the town museum passed away. My mom called me up that afternoon, alternating between weeping over Fred’s passing and gleefully begging me to apply for his position.

“You’d be running your own museum, sweetheart. Think how nice that would be. And the museum needs some modernization, you could do that. Fred never was very good with technology. Oh, poor Fred!”

She wasn’t wrong. The appeal of running my own facility, even a tiny one, was more than I could resist. The museum board, which is conveniently filled with my mother’s bingo buddies, offered me the position about seven minutes after I applied on the town website. Apparently, nepotism is alive and well in Sugar Creek.

The boat lifts and does another sickening drop over the back of a wave. My insides twist, nausea overwhelming every other sensation. Dean glances at me, brows furrowed.

“You okay back there? You look a little green around—”

I don’t catch whatever colorful euphemism he offers because, at that exact moment, my stomach tries to exit my body through my esophagus.