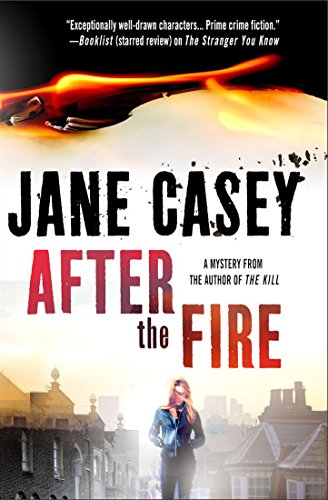 London police detective Maeve Kerrigan has spent plenty of time at Murchison House. One of the many cement high-rise towers comprising the Maudling Estate housing project, Murchison House is home to a motley mix of society. From domestic abuse victims and elderly widows with nowhere else to turn to its flourishing criminal elements, Maeve is familiar with many of its occupants by name or reputation.

But when a fire breaks out at Murchison House that consumes the top floors and leaves three dead, Maeve and her colleagues are startled to learn the identity of one of the victims. Geoff Armstrong was a wealthy, notoriously right-wing London politician—the last person they’d expect to find in a place like the Maudling Estate. And things get even murkier when evidence surfaces indicating Armstrong was murdered before the fire broke out. Was his death connected to the fire? To the other deaths at Murchison House? And what was he doing there in the first place? What Maeve begins to uncover will lead her on a terrifying journey through all levels of society, putting her very life in danger. 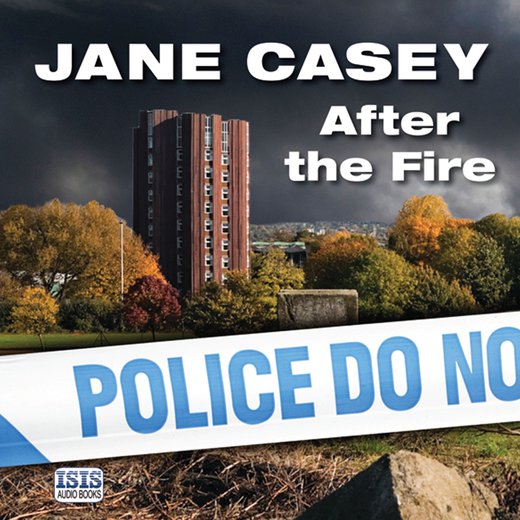 When my phone rang I knew it was bad news, but there was nothing remarkable about that. If your business is bad news, some part of you is always waiting for the phone to ring.

And for once, it was ringing before I had got as far as going to bed. No dreams to shatter. Small mercies. I checked the time—ten past eleven—before I answered it.

“Have you been watching the news?” Una Burt’s voice filled my head and I winced, holding the phone a little bit further from my ear than I would usually.

“No.” I glanced at the television and its fine layer of dust. I had no idea where the remote control was. I hadn’t used it for weeks. “What’s up?”

“A fire on the Maudling Estate.”

It felt as if I’d run head first into a wall. I took a second to respond. “Fatalities?”

“Three, so far. It took out the top two floors of one of the blocks. Gutted them completely. The floors below aren’t all that much better.”

“Possibly. There’s a fire investigator floating around here somewhere. He can tell us more.”

I held back a sigh. Una Burt was a Chief Inspector, but she was acting up, running the team in place of my real boss, Superintendent Charles Godley, who was on indefinite leave. That meant DCI Burt was in charge. You queried her actions at your peril, as I had found out before. Still, it was worth asking why she was calling me at that hour of the night on my day off.

“Is there a particular reason for us to be involved with the investigation?”

“Of course, or I wouldn’t be calling you.” Offense taken. Great.

“Sorry. It’s just that we’re not the closest Homicide team.” And we’re already trying to cope with the extra work you’ve insisted we can handle because you can’t say no to anyone. Godley’s team usually handled the most complex and sensitive investigations that came to the Met. Since Una Burt had started running the team, we’d taken on a lot more work than usual, and much of it was run-of-the-mill. It was as if she couldn’t bring herself to say no when our help was requested. She liked feeling important and we were close to being overwhelmed.

“It’s not likely to be a straightforward investigation. Not when one of the fatalities is very well known. Not when it isn’t clear how he died.”

Una’s voice was muffled, as if she was covering her mouth so no one around her could lip-read what she was saying. “Geoff Armstrong.”

“The MP?” The far-right, immigrant-hating, welfare-criticizing MP, to be specific.

Which meant that the investigation was likely to be both sensitive and complex, I conceded, and felt the first twinge of interest. “But what was he doing there? It’s hardly his natural habitat. Not much point in him canvassing for support on an estate that’s largely social housing. There aren’t all that many high-earning conservatives on the Maudling Estate, I’m willing to bet.”

“Yes, these and other questions need answers—which is why I would like you to come straight here. I’ve already contacted DI Derwent. He says he’ll pick you up.”

“Really?” I stared into space. “There’s no need. I can get there myself.”

“I don’t care if you take a flying carpet to get here,” Una Burt snapped. “Just hurry up.”

She was gone. I weighed the phone in my hand. Worth a try.

No need to collect me. I’ll see you there.

I sent the message, put the phone down on the coffee table and stood up. It vibrated.

Already here. Buzz me in.

Unfortunately, nothing would stop him talking to me.

A volley of knocking on the door. I went and opened it, but I checked the view through the peephole first. These were the rules I lived by. Never open a door without knowing who’s on the other side of it. Never park somewhere dark and deserted. Never get into the car without checking the back seat and the boot. Know who’s walking behind you. Know who’s driving behind you. Know where you’re going. Never relax. Never forget there’s someone watching you.

They were rules that had kept me alive, so far, but they made me feel as if I was dying a little more every day. I couldn’t ever allow myself to forget I was a target for someone else’s obsession. A creep named Chris Swain had been hunting me for years and he wouldn’t give up until I gave in to him.

And that was never, ever going to happen.

“What happened to you?” Derwent demanded, shouldering his way in with all the finesse of someone on a dawn raid. “You look like hell.”

He closed the door. We both looked down at the mountain of junk mail that had built up over the two months I’d been living alone.

“God almighty, Kerrigan, you could tidy up occasionally.”

“I’m busy,” I said through the toothpaste. “I have better things to do.”

“Like what?” He strode past me to the sitting room, where he whistled. “I hadn’t realized Rob was the tidy one. This place is a pigsty.”

I took the toothbrush out of my mouth. “Shut up.”

I raised a middle finger, and my eyebrows. Derwent grinned. There wasn’t much he enjoyed more than getting a reaction from me. He stood in the middle of the living room and turned, taking in far more than I would have liked him to. The bin, overflowing. Untouched saucepans hanging in a neat row. Crumbs on the counter. Takeaway cartons stacked by the sink. Papers everywhere. My laptop, open on the sofa. The room said, more loudly than I could: I can’t be bothered. His eyes came back to me.

I looked down at myself and shrugged. Leggings and an old T-shirt of Rob’s. It wasn’t haute couture, but they were real clothes, not just pajamas. I counted that as a victory.

“Did you even leave the flat today?”

I nodded vigorously. A trip to the corner shop counted as leaving the flat. I must have been out for all of five minutes.

“Did you eat anything?”

Another nod. I was sure I had. I couldn’t quite remember what.

“For God’s sake, Kerrigan, I can’t talk to you like this.”

I shrugged again. That was basically my plan.

Derwent’s expression darkened. “Okay. Try this. You have ten minutes to get ready. If you’re not ready, you’re coming with me anyway. You can explain to DCI Burt why you’re inappropriately dressed at a crime scene.”

I rolled my eyes but headed back to the bathroom.

“And do something about your hair,” Derwent yelled after me.

In nine minutes and 59 seconds precisely I walked into the living room, suited, booted, and with my hair tamed into a bun. Derwent was leaning against the kitchen counter, his hands in his pockets.

“No one needs makeup,” I snapped. “Especially not at a crime scene.”

“You need makeup. Assuming you want to look human.”

I opened my mouth to answer him and then shut it again. I held myself very still. Do not throw up. Do NOT throw up.

I ignored him, staring at the floor until the wave of nausea receded. When I looked back at Derwent, the mocking smirk had disappeared. “Are you all right?”

“Absolutely,” I said, trying to sound as if I meant it. Then I frowned. Something was different. “Did you tidy up?”

“You emptied the bin,” I said slowly. “And you did the washing-up.”

“And got rid of the junk mail in the hall, and threw out the food in the fridge that was actually rotting, and plugged in your computer.”

If it had been anyone other than Derwent who tidied up, I’d have been grateful. But Derwent was the king of ulterior motives.

“My computer,” I said. “Why did you even touch my computer?”

“You only had five percent of your battery life left.” Derwent shook his head. “I know you like living on the edge but that’s just unnecessary.”

He levered himself off the counter and came toward me, crowding me, getting into my face. I’d seen him do it hundreds of times. It wasn’t even the first time he’d done it to me. It was one of Derwent’s favorite interrogation techniques. “What’s wrong, Kerrigan? Something to hide?”

“Nothing to hide. I’m entitled to my privacy, though. Sir.”

A minute narrowing of his eyes told me he’d registered the last word and its implications. You are my boss. You are in my home. Your behavior is, as usual, inappropriate and I have had enough of it for the time being. I held his gaze, my expression stony.

“I’m just looking out for you.” His voice was soft, which meant precisely nothing. Derwent’s temper was volcanic, legendarily so, but he had enough control over it, and himself, to shout only when he needed to. And since we were inches apart, shouting would have been excessive.

“I can manage,” I said. “I am managing. So stop patronizing me.”

He didn’t move for a long moment. His expression was unreadable, at least to me. Then, to my enormous relief, he turned away. “I was going to carry the bin bag down for you. But if that’s too patronizing you can carry it yourself.”

I rolled my eyes at his back. “Thanks.”

He wouldn’t have missed the sarcasm in my voice, but he didn’t look back. “Come on, then. Let’s go.”