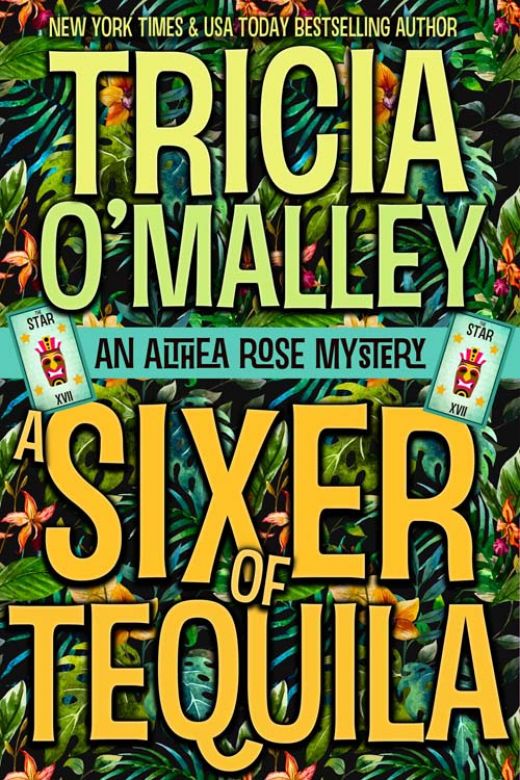 A Sixer of Tequila

Escape to Tequila Key where magic and mayhem run amok in this fun new addition to the lively Althea Rose series!

Nothing sets the gossips of Tequila Key on fire as much as a new mystery to solve, and word on the street is that a flamingo statue for the new mini-golf course has been stolen. When the Flamingo King himself arrives in town to investigate, no one is more shocked than Althea when Miss Elva takes a shine to the man. Despite her protests, Althea is dragged into chaperoning Miss Elva on their dates, all while doing her best to not to cringe every time she hears Miss Elva giggle.

Althea is more than content with letting someone else track down the stolen flamingo, because she has bigger worries on her mind – like returning her life to a semblance of normalcy. But where there’s smoke, there’s fire, and somehow Althea has an aptitude for stumbling her way into trouble. When it turns out that the disco gala hosted by the Flamingo King in the Bahamas isn’t all just sequins and sparkles, Althea has to race against the clock to save not only her friends – but herself.