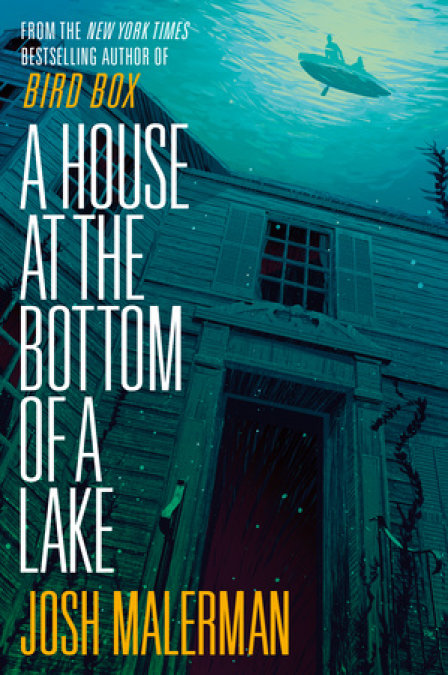 From the New York Times bestselling author of Bird Box and Malorie comes a haunting tale of love and mystery, as the date of a lifetime becomes a maddening exploration of the depths of the heart.

"Malerman expertly conjures a fairy tale nostalgia of first love, and we follow along, all too willingly, ignoring the warning signs even as the fear takes hold."-Lit Reactor

The story begins: young lovers, anxious to connect, agree to a first date, thinking outside of the box.

At seventeen years old, James and Amelia can feel the rest of their lives beginning. They have got this summer and this summer alone to experience the extraordinary.

But they didn't expect to find it in a house at the bottom of a lake.

The house is cold and dark, but it's also their own.

Caution be damned, until being carefree becomes dangerous. For the teens must decide: swim deeper into the house-all the while falling deeper in love?

Whatever they do, they will never be able to turn their backs on what they discovered together. And what they learned:

Just because a house is empty, doesn't mean nobody's home. 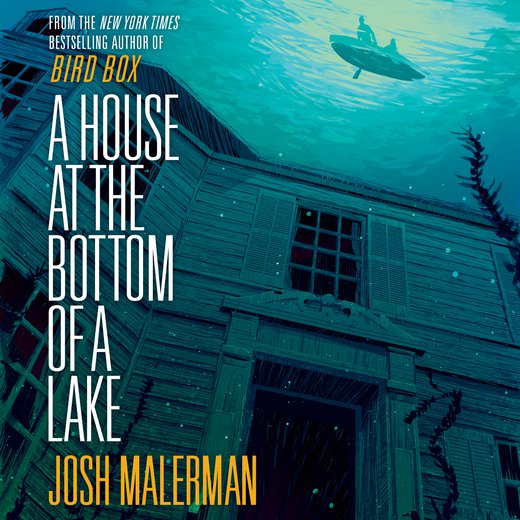 It’s the best first date I’ve ever heard of.

“Yes?” James said, not sure he’d read her right.

How can I say no?

Both seventeen. Both afraid. But both saying yes.

James ran sweaty hands through his brown hair then wiped them again on his apron. This wasn’t the first time he’d seen her in his father’s store. It was the fourth.

“My name is Amelia,” she said, wondering if he already knew that, if he’d found her online.

“Really?” She asked it earnestly but knew he was. The fidgeting revealed that. She was anxious, too. “Why?”

Amelia laughed. It felt good to have a boy ask her out. God, it felt great. How long had it been since she’d gone on a date? And here, at the very onset of summer, it felt . . . natural.

And a yes to a stranger who’d asked her to go canoeing for a first date.

“So here’s the idea,” James said, checking over his shoulder for his dad. “My uncle has a place on a lake—­”

“Yeah, but there’s a second lake, off the first one, that nobody uses. I mean . . . some people do, but there won’t be, like, a ton of speedboats. We can actually paddle right up to the shoreline, to the base of the mountains. And we’ll pretty much have them all to ourselves. The mountains.”

“Sounds great,” Amelia said, hooking her thumbs into the belt loops of her jean shorts. She arched her back beneath her yellow tank top. She worried she was augmenting her breasts too much. So she slumped. Then she worried that she was slumping.

James was even more self-­conscious than she was. This being his father’s hardware store, he was sure Amelia would have second thoughts if she hung around too long. Is this his future? she might think. A girl said that to him once. Asked if this was his future. James didn’t want Amelia asking that. Didn’t want her walking away. If she was thinking anything like he was, she was already seeing a future together, a life rolling out ruglike from their first date. He saw them laughing on the first lake, kissing on the second, getting married in a canoe, Amelia giving birth in a canoe . . .

“Saturday then,” she said, and for a crazy second he thought she was saying they should get married on Saturday. His cheeks flushed. He became very aware of that. His cheeks. Then his whole body. He worried suddenly that he didn’t work out enough. Worried that she was going to leave here thinking about the paunch beneath his apron and not the mountains he’d tried to distract her with.

And yet he managed a smile. Even found some confidence in his voice.

“Here?” She looked up and down the aisle of rubber hoses, hose clamps, and bolts. Maybe this was the moment, then, when she realized the scope of the situation, the job he had, his future.

“Unless you wanna meet somewhere else? I don’t care.”

“No no,” Amelia said, attempting to appear casual while worrying that she was being suddenly indecisive in front of him. “Here is fine. Here is great. Saturday. Nine.”

James stuck his hand out for her to shake, then realized how awkward that was.

He brought his hand back just as she reached hers out to shake it. Then she lowered hers, too.

They stared at each other, neither certain how to end their first conversation. A Muzak version of a love song from the 1980s played through the hardware store’s equally archaic speakers. Both felt the cheese.

“Bye,” James said, then scurried back down the aisle.

He nearly knocked a box of garden floodlights from the shelf. He didn’t look back at Amelia as he fixed it. Instead, he set out to find a customer, anybody who looked like they might need help. But when he was far enough away from her, he wished he had looked back.

He just wanted to see her face once more.

Outside, walking quick to her car, Amelia replayed James’s offer. She loved it.

It’s the best first date I’ve ever heard of.

And it didn’t hurt that James had kind eyes. A kind face and kind voice, too.

It wasn’t until she got behind the wheel of her used yellow Omni that she realized she hadn’t bought what she’d gone into the store to buy. A new hose.

She thought of going back in.

No, she decided. Maybe a date was what you came here for.

She started the car.