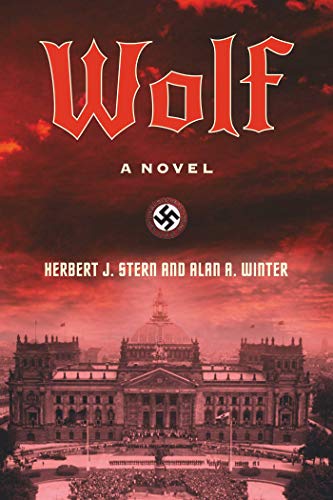 In the Great Tradition of Herman Wouk, Author of Winds of War and War and Remembrance, Wolf is a Thoroughly Researched Historical Novel about a Man who is Not Yet a Monster . . . but Will Soon Become the Ultimate One: Adolf Hitler. Perhaps no one is more controversial or more hated than Adolf Hitler. Yet questions remain about how this seemingly unremarkable man gained power to become one of the most diabolical dictators of all time. Based on extensive research, the historical novel Wolf lifts the curtain on Hitler’s secret life, revealing truths that have been hidden for one hundred years. The story begins as World War I is ending, when the fictional character Friedrich Richard meets Hitler in the mental ward of Germany’s Pasewalk Hospital. Hitler, a.k.a. Wolf, is an army corporal suffering from hysterical blindness. Unable to see or care for himself, the future Führer relies upon Friedrich for assistance, and the two men form an unbreakable bond. As Wolf progresses, Friedrich becomes history’s eyes and ears. Interacting with real people, places, and events during a fifteen-year time frame, Friedrich watches Hitler evolve step-by-step into a megalomaniacal dictator. A book for history buffs and fiction fans alike, this remarkable thriller presents a fully-realized, flesh-and-blood Hitler that is more realistic and more chilling than any we’ve seen before.