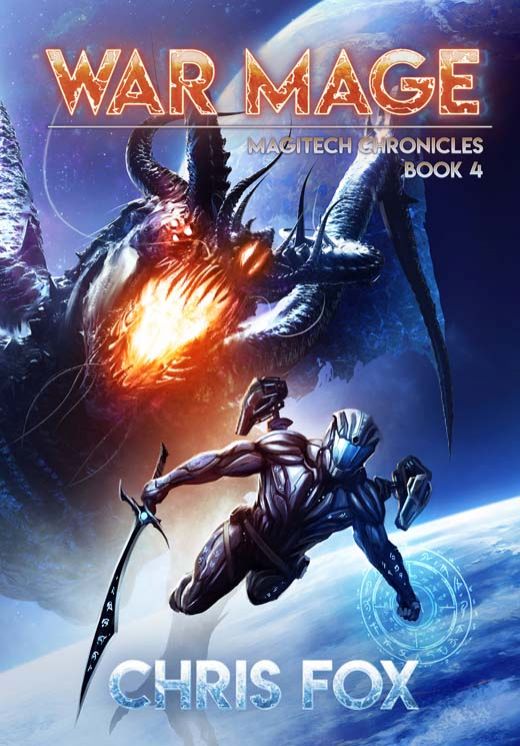 Book 4: The Magitech Chronicles
Chris Fox Founding author
Follow
The Krox have finally reached their end game, and the sector will never be the same.
Genres: Space ExplorationSpace Marines
Buy now
Available in:

The Krox have finally reached their end game, and the sector will never be the same. Their relentless fleet darkens the skies of New Texas, home of the fabled Ternus shipyards. Their only hope lies with their sworn allies, the Shayans. But the Shayans refuse to help.Only Aran and his company can keep their leadership alive long enough for Voria to bring reinforcements and the fabled Spellship. If they fail, the entire world burns, and Ternus morale will collapse with it.But the war is merely a smokescreen for something much more sinister. Teodros, Guardian of Krox, plans to use the distraction to resurrect his dark father. If he is not stopped, Krox will live again.Behind it all Talifax schemes, and Nara will pay the price.