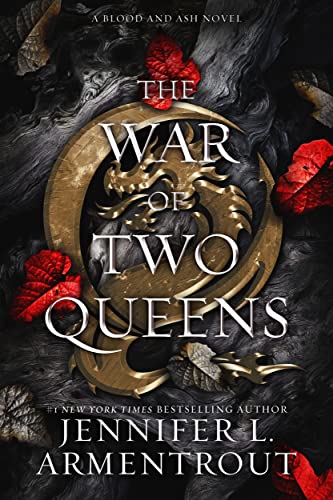 War is only the beginning…

From the desperation of golden crowns…

Casteel Da’Neer knows all too well that very few are as cunning or vicious as the Blood Queen, but no one, not even him, could’ve prepared for the staggering revelations. The magnitude of what the Blood Queen has done is almost unthinkable.

And born of mortal flesh…

Nothing will stop Poppy from freeing her King and destroying everything the Blood Crown stands for. With the strength of the Primal of Life’s guards behind her, and the support of the wolven, Poppy must convince the Atlantian generals to make war her way—because there can be no retreat this time. Not if she has any hope of building a future where both kingdoms can reside in peace.

Together, Poppy and Casteel must embrace traditions old and new to safeguard those they hold dear—to protect those who cannot defend themselves. But war is only the beginning. Ancient primal powers have already stirred, revealing the horror of what began eons ago. To end what the Blood Queen has begun, Poppy might have to become what she has been prophesied to be—what she fears the most.

As the Harbinger of Death and Destruction.
Read more 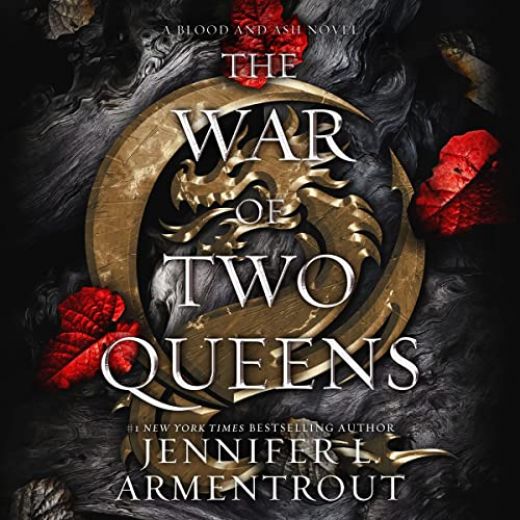 Thousands poured from the Capital, carrying all that they could in their arms and on the backs. Some only cradled their children. Others bore the burden of the elderly and the sick. The stream of pale faces and harried features was endless as they passed the three of us, most not daring to even look in our direction. A few, the youngest among them, stared with wide eyes.

The gaze of small girl with her cheek resting on her father’s shoulder met mine. I wondered what she saw. A monster? Liberator? Death?

For some, I would become all of those things before the day was done.

Then the doors closed on the massive Rise.

“That is the last of those who have chosen to leave the Capital, your Highness.”

“And those who have decided to remain?” I asked.

“They know what they have sided with. They have chosen to die.”

And so they had.

I removed the golden crown, letting it fall from my fingers, to the ground. Setti tensed under me as I lifted the helmet, sliding in on.

Deep in the woods, a murmur of unease sounded from those who fled the city. Behind us, the leaves rattled. A piercing howl penetrated the stillness, followed by another and another. Yips and grows of warning rang through the air as the wolven raced through the trees and by the frightened people as they now froze where they were, cowering close to the ground. Setti shifted, shaking his mane.

“Momma! Look!” a young child shouted as the mother tried to shush him. “Momma! Look it!”

A shadow glided silently over the forest, momentarily blocking the sun. Then Royal Guards on the Rise stopped and looked up. The sound of death roared overhead, and a funnel of fire and energy spilled forth, striking the gates on the Rise. Large sections of limestone and iron cracked and gave way, crumbling to the ground and taking the Guards with it. The gateway was, for the briefest second, a wall of flames, and then it was gone.

“It is time.” I dug my knees into Setti’s sides and his powerful hooves kicked off the ground. The wolven broke through the tree line, an army of claws and teeth racing forward as another shadow, a smaller one, fell over me.