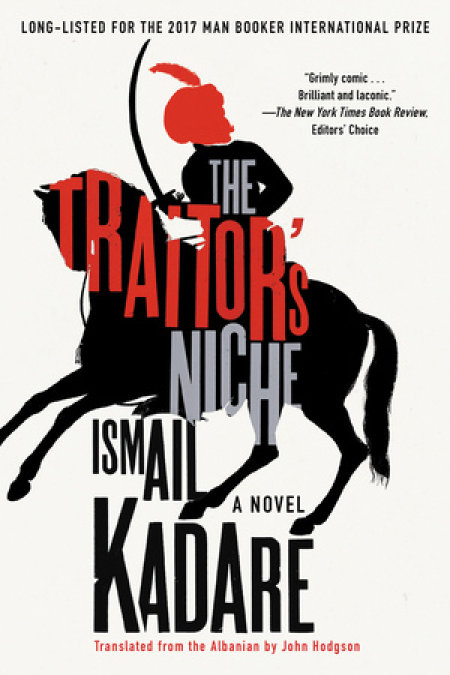 "Kadare is inevitably linked to Orwell and Kundera, but he is a far deeper ironist than the first, and a better storyteller than the second. He is a compellingly ironic storyteller because he so brilliantly summons details that explode with symbolic reality." —The New Yorker

At the heart of the Ottoman Empire, in the main square of Constantinople, a niche is carved into ancient stone. Here, the sultan displays the severed heads of his adversaries. People flock to see the latest head and gossip about the state of the empire: the province of Albania is demanding independence again, and the niche awaits a new trophy . . .

Tundj Hata, the imperial courier, is charged with transporting heads to the capital—a task he relishes and performs with fervor. As he travels through obscure and impoverished territories, he makes money from illicit side–shows, offering villagers the spectacle of death. The head of the rebellious Albanian governor would fetch a very high price indeed.

The Traitor's Niche is a surreal tale of tyranny and rebellion, in a land where armies carry scarecrows, state officials ban entire languages, and the act of forgetting is more complicated than remembering.

"The name of the Albanian novelist Ismail Kadare regularly comes up at Nobel Prize time, and he is still a good bet to win it one of these days . . . He is seemingly incapable of writing a book that fails to be interesting." —The New York Times