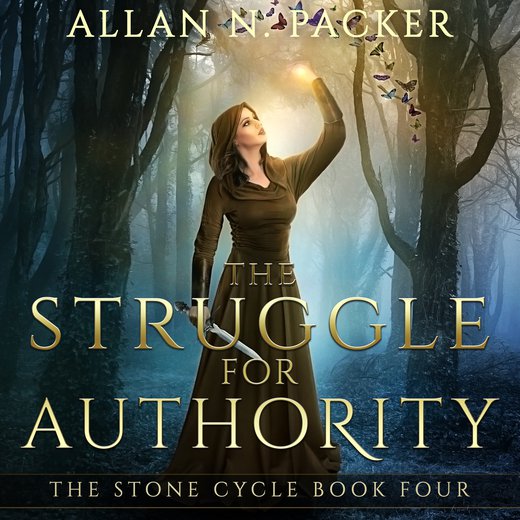 The Struggle for Authority

Arvenon is controlled by a traitor. The kingdom of Castel teeters on the brink. With the unseen hand of King Agon of Rogand pulling the strings, a mantle of oppression is slowly settling over the four kingdoms.

Now recovered from the assassination attempt, King Steffan of Arvenon sets out to wrest back control of his kingdom, vigorously supported by Will, Rufe, Thomas, and their allies. Unlikely influences might ultimately tip the balance.

In a desperate attempt to block Agon, Will and Thomas set out for Rogand. What each of them encounters there will shake them to the core. The fate of four kingdoms will hinge upon the Stone of Authority.

Note: The Struggle for Authority (The Stone Cycle Book 4) is a complete story within a multi-part saga.