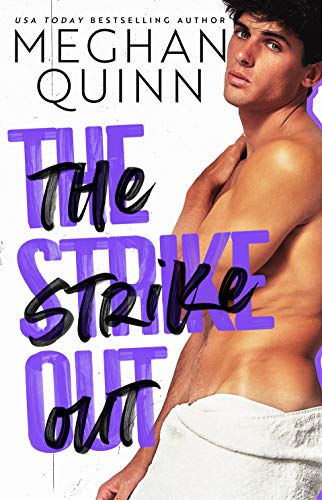 It started with one night out with the boys. She was the hot diner waitress putting herself through school. I was the rich, arrogant player everyone misjudges. On paper we didn’t match. Yet all it took was one day. One single day to change her mind.

She wasn’t planning to spend her day off with me. She wasn’t supposed to fall for my charm. But one day, one smile, turned into several nights of her calling out my name.

I’m not the guy she should end up with. I’m jealous, possessive. Not here for a long time - just a good time.

She’s changed me. But, for some reason, I feel her slipping through my fingers and no matter what I do, I fear I’m going to strike out with the one and only girl I’ve ever fallen for. 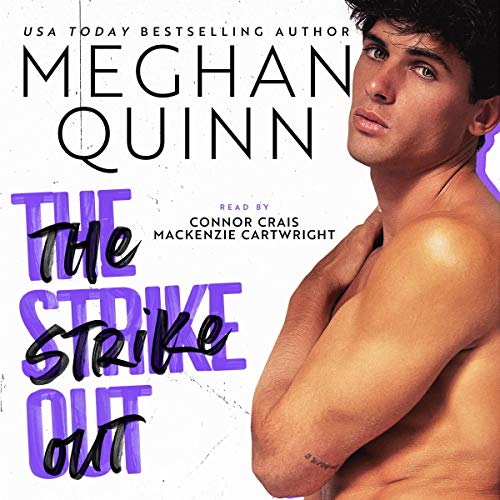 “Is this place spinning?”

Carson and Knox, my two best friends, sit across from me while Jason, our catcher, is two nuzzles to my shoulder away from passing out next to me.

Where was I going with that? Uh . . . oh yeah, it’s crowded, we look ridiculous in this tiny booth made for four regular-sized people—not men with the giant scrots—and thanks to Jason’s hometown friends, we’re drunk off our asses.

School starts in two weeks, and since we’re heading into our junior year—the most important year for a college baseball player because of the chance to get drafted after the season—we all decided to come back to Brentwood University early to have some fun before academics and training absorb our every waking hour.

If I’m honest—whispers softly in your ear—we couldn’t stand Jason’s never-ending badgering to show us a good time, so we gave in.

Thankfully, we all live in the baseball loft that’s right off campus, so we didn’t have to worry about dorms opening up or being homeless.

And since we’re responsible college men, we’ve kept up with our workout routines and had daily practices in the cages. At night, we get piss-ass drunk, then we sweat out the booze the next morning on an easy two-mile run along Lake Michigan.

If you smell a trail of whiskey and Coke in the mornings near Lakeview Drive, it’s just us . . . the guys with the big balls.

Speaking of the male genitalia . . .

“Have you tried that new underwear I bought you?” I ask Carson, who is thumbing through the sugar packets for no apparent reason.

“You got Carson a thong?” Knox asks, eyes hazy. He’s a lightweight, always has been. Three beers and he’s dancing to his own music; five and he sits in a chair and giggles constantly. He’s had a comfortable four, so we’re not quite at the giggle phase yet. “Why didn’t you get me a thong?”

“Because Carson was complaining about his dick bouncing around too much during our runs. Thongs keep your junk close together but also give your ass cheeks air. It’s fucking breezy down there, man.”

“Mmm . . . thongs,” Jason mumbles, despite being more or less passed out on my shoulder.

Knox gives me a lazy once-over. “How come I’ve never seen you in one in the locker room?”

“Because I don’t walk around buck-ass naked like Romeo.”

“Want to talk about a guy who should be wearing a thong?” Carson taps his nose. “Romeo. His ass is the best on the team.”

“I take offense—hiccup—to that,” Jason groans, then moves his cheek against my shoulder, getting comfortable. Being the catcher, Jason has made it known amongst everyone on the team that if there was a best-ass award, it would belong to him, but we all secretly profess it’s Romeo’s.

“Try the thong,” I say. “It’ll give your penis great bounce.”

“What can I . . .” a female voice at the end of the table starts. At the same time, Knox, Carson, and I turn to see a waitress garbed in a yellow diner dress, pad in hand, pen poised, standing at the end of our table. Uh, I can come back.”

As if she’s not standing right there, Carson asks, “Did she hear you say ‘penis’?”

Knox shakes his head. “No, she came after he was talking about the bouncing urinator.” He laughs. “That’s a superhero I could get behind. The Bouncing Urinator.”

“I certainly wouldn’t want to be in front of a bouncing urinator . . .” I mutter.

We all start laughing as the girl clears her throat. “I heard you talk about your penis.”

Our laughter stops and even though my eyes struggle to focus completely, I still notice the beautiful chestnut color of her hair, deep chocolate of her eyes, and the pretty honey tone of her skin, which indicates she’s been in the sun all summer when not in the diner.

She’s stunning. From the nametag crookedly hooked right above her breast, I figure out her name is Harmony.

I could be a detective. Especially if I were sober.

“We were talking about man thongs,” Carson clarifies as I continue to admire the girl in front of us.

Not short, but not tall either, she has to be about five six, and even though she has a small chest and waist, her dress barely fits over the swell of her hips and the bubble of her butt.

Would it be rude to ask her to turn around so I can make a better assessment?

“I don’t wear them,” Carson says, pointing in my direction. “Holt wears them. Says it’s breezy.”

Harmony lifts her brow and checks me out. She looks . . . unimpressed. I puff my chest while she peruses, tempted to take off my shirt for a full show. “You wear thongs?”

“Man thongs, to be clear, and I only really wear them when we have to go for long runs, and during practice, which is all the time, but I change after practice into boxer briefs. But, yeah . . . man thongs.” I knock the table with my knuckles and cheese it up for her.

Her eyes narrow and she gives our table a curt sweep as recognition dawns on her. “Ah, you’re on the baseball team.”

“Please, no autographs,” Knox jokingly says while holding up his hand, just as Jason lets out a roar of a snore, causing us to all buckle over with laughter. The boisterous sound wakes him and he perks up quickly, looking around. Then he burps, and his eyes widen.

Harmony sees the impending disaster, steps aside, and points behind her with her pen. “Bathroom is that way.”

Without another word, Jason cups his mouth and sprints off harder than any of us have ever seen. If only he did that during practice.

Carson addresses the situation and adds poetically, “Once he ralphs, I’m sure he’ll want a patty melt like the rest of us. But he’ll take the sweet potato fries.”

“Four patty melts, then?” Harmony asks, with a little more attitude in her voice than before.

“Is there something wrong?” I ask, interrupting Knox before he can say something douchey like “that would be lovely.”

“Nope.” She pops the P with a snap of her lips and refuses to look at any of us.

“Then the patty melts would be—”

“Do you have something against us being on the baseball team?” I ask, turning my entire body toward her. Carson groans. He becomes “ravenous” when he’s drunk, and I know all he wants is his patty melt with a plateful of fries, but I want some answers first.

The stigma on campus is that the players on the Brentwood baseball team are entitled assholes—which might be true for some of the players who’ve worked through the system, but not for us. There’s also a good chance, at least once a day, that we run into a student on campus who hates us. Didn’t think it would happen before school started.

“Yeah, I do.” Harmony props her hand on her hip.

“Okay, never mind.” Knox leans back in his booth and folds his arms over his chest.

“Let me guess,” I say in an irritated and affronted tone. “You think we’re a bunch of entitled assholes who rule the campus and don’t deserve half the benefits we receive for being on the team.”

She folds her arms as well and with a whole lot of sass, she says, “Yeah, I do. Your expensive stadium, equipment, staff, and full-ride scholarships eat up half the tuition on this campus, leaving nothing for us peasants. You’re obnoxious, self-righteous, and think the world revolves around you. Meanwhile, the rest of the students around you work at shitty diners, earning low wages, serving drunk morons like you at all hours of the night, just to put ourselves through college so we can earn a degree, graduate to a shitty job that won’t pay for our student loans, and wind up in debt with the rest of the country.”

Silence falls. What do you say to that?

Clearly, she’s bitter, and with the passion flaming in her eyes and the claws ready to shoot from her fingertips, I think I should slowly back away.

Jason takes that moment to return from the bathroom, and he sits with a resounding plop. He glances around and asks, “Did you order me a patty melt?”

Rolling her eyes, Harmony takes off toward the kitchen, leaving us concerned. Is she going to put in our order? Because we want our patty melts.