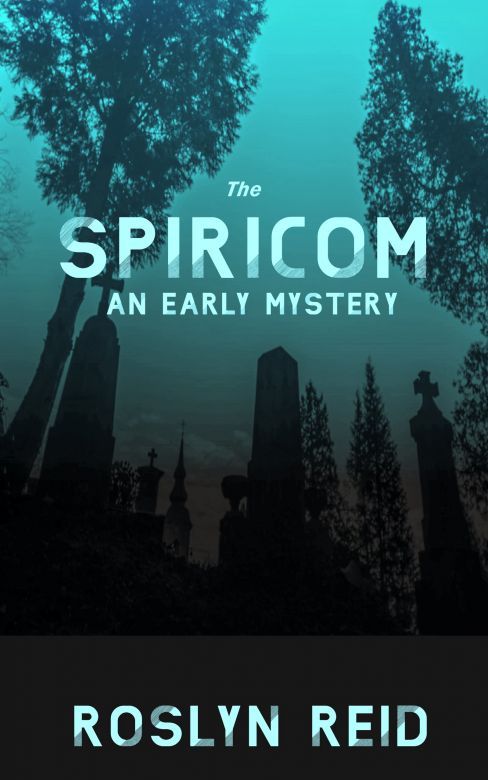 Tall, handsome Dr. Spencer Py was a well-respected environmental scientist...until a limo crash killed his new bride Melanie and left him in a wheelchair. He is racked with despair over his failure to save her until the fateful night he discovers plans on the internet for the Spiricom, Thomas Edison's electronic device for communicating with the departed. Determined to be united with his beloved Melanie, he builds the device—never imagining his unexpected results would draw an unsuspecting James Early into the scariest case of the Maine detective's life.

Spenser giggled too, enjoying his beautiful bride on their perfect wedding day. Could life get any better? He felt giddy. He felt as if he were floating on air.

What happened next has been debated around the town of Finderne ever since. Some say Frank Peabo was driving too fast for road conditions. Others claimed it was the fault of black ice, a danger impossible to see. And then there were the more sinister theories . . .

Whatever the cause, the limo slid into a tight curve which curled around like a giant snake, skidding sideways. Frank cursed and fought for control, pumping the brakes and whipping the steering wheel back and forth. His efforts were fruitless—they were heading for a cliff.

There was no guard rail to stop the limo. It teetered on the meager gravel shoulder for a nanosecond, then broke loose and plunged over the drop-off, snap-flipping down the brush-covered hillside, pieces flying everywhere and windows blowing out.

To limo passengers, seat belts don’t exist. Even if they did, Spenser and Melanie never thought of using them. The newlyweds screamed, tossed around like ragdolls in the back seat of the big car on its wild tumble into the ravine.

The limo slammed against a huge mountain pine hard enough to snap the tree in half. Its roof crushed, the vehicle collapsed upside down among the ferns and ladyslippers, its violent plunge ending in a smoking wreck impaled on the tree’s jagged stump.

Moments after Spenser was knocked unconscious he awakened in a daze. He turned to find an imprint of his cheek on the privacy partition.

“What happened?” he groaned. “My head—my whole body aches. And what’s that stuff dripping onto my hand . . . ”

He raised his hand. It was covered with blood. “Where the hell is this coming from?” Groggy, he scrutinized his hands, arms, and face but found no cuts. Only then did he realize the blood wasn’t his.