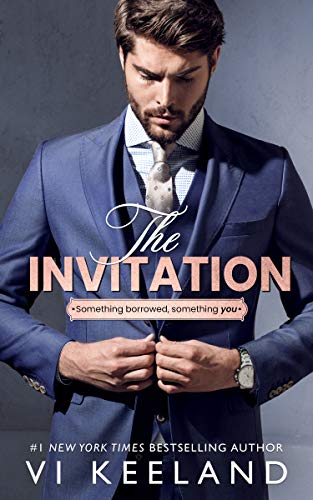 The first time I met Hudson Rothschild was at a wedding. I'd received an unexpected invitation to one of the swankiest venues in the city.

Hudson was a groomsman and quite possibly the most gorgeous man I'd ever laid eyes on. He asked me to dance, and our chemistry was off the charts.

I knew it wasn't a good idea to get involved with him, considering the wedding I was at. But our connection was intense, and I was having a great time.

Though the fun came to a screeching halt when Hudson figured out I wasn't who I'd said I was. You see, that unexpected invitation I received? Well, it hadn't actually been addressed to me--it was sent to my ex-roommate who'd bounced a check for two months' rent and moved out in the middle of the night. I figured she owed me an expensive night out, but I guess, technically, I was crashing the wedding.

Once caught, I couldn't get out of there fast enough. As I bolted for the door, I might've plucked a few bottles of expensive champagne off the tables I passed, all while the gorgeous, angry groomsman was hot on my tail.

Outside, I jumped into a taxi. My heart ricocheted against my ribs as we drove down the block--but at least I'd escaped unscathed.

Or so I thought.

Until I realized I'd left my cell phone behind at the table.

Take one guess who found it?

This is the crazy story of how Hudson Rothschild and I met. But trust me, it's only the tip of the iceberg. 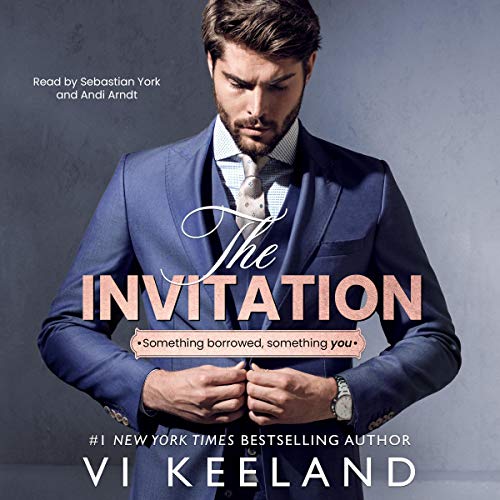 “I can’t do this…” I stopped halfway up the marble staircase.

Fisher paused a few steps ahead of me. He walked back down to where I stood. “Sure you can. Remember the time we were in sixth grade and you had to make that presentation about your favorite president? You were a nervous wreck. You thought you were going to forget everything you’d memorized and be standing there with everyone staring at you.”

“Well, this is no different. You got through that, didn’t you?”

Fisher had lost his mind. “My fears all came true that day. I got up in front of the blackboard and started to sweat. I couldn’t remember a single word I’d written. Everyone in the class stared, and then you heckled me.”

Fisher nodded. “Exactly. Your worst fear came true, and yet you lived to see another day. In fact, that day turned out to be the best day of your life.”

I shook my head, bewildered. “How so?”

“That was the first time we’d ever been in the same class. I thought you were just another annoying girl like the rest of them. But after school that day, you ripped into me for teasing you while you were trying to do your presentation. That made me realize you weren’t like the other girls. And that very day I decided we were going to be best friends.”

I shook my head. “I didn’t speak to you for the rest of the school year.”

Fisher shrugged. “Yeah, but I won you over the next year, didn’t I? And right now you feel a little calmer than you did two minutes ago, don’t you?”

He held out his tuxedo-clad elbow. “Shall we go in?”

I swallowed. As terrified as I was of what we were about to do, I also couldn’t wait to see what the inside of the library looked like all done up for a wedding. I’d spent countless hours sitting on these steps, wondering about the people walking by.

Fisher waited patiently with his elbow out while I debated another minute. Finally, with another loud sigh, I took his arm. “If we wind up in jail, you’re going to have to come up with the bail money for both of us. I’m way too broke.”

He flashed his movie-star smile. “Deal.”

As we climbed the remaining steps to the doors of the New York Public Library, I went over all of the details we’d discussed in the Uber on the way here. Our names for the evening were Evelyn Whitley and Maximilian Reynard. Max was in real estate—his family owned Reynard Properties—and I’d gotten my MBA at Wharton and recently moved back to the City. We both lived on the Upper East Side—at least that part was true.

Two uniformed waiters wearing white gloves stood at the towering entrance doors. One held a tray of champagne flutes, and the other a clipboard. Though my legs somehow kept going, my heart felt like it was trying to escape from my chest and take off in the opposite direction.

“Good evening.” The waiter with the clipboard nodded. “May I have your names, please?”

Fisher didn’t flinch as he doled out the first of what would be a night full of lies.

The man, who I noticed had an earpiece in, scanned his list and nodded. He held a hand out for us to enter, and his partner handed us each bubbly. “Welcome. The ceremony will take place in the rotunda. Seating for the bride is on your left.”

“Thank you,” Fisher said. As soon as we were out of earshot, he leaned close. “See? Easy peasy.” He sipped his champagne. “Oooh, this is good.”

I had no idea how he was so calm. Then again, I also had no idea how he’d managed to talk me into this insanity. Two months ago, I’d come home from work to find Fisher, who was also my neighbor, raiding my refrigerator for leftovers—a common occurrence. As he ate two-day-old chicken Milanese, I’d sat at the kitchen table sorting through my mail and having a glass of wine. While we talked, I’d sliced open the back of an oversized envelope without checking the address on the front. The most stunning wedding invitation had been inside—black and white with raised gold leaf. It was like a gilded work of art. And the wedding was at the New York Public Library, of all places—right near my old office and where I’d often sat and had my lunch on the iconic stairs. I hadn’t visited in at least a year, so I was seriously pumped to get to go to a wedding there.

Though I’d had no idea whose wedding it was—a distant relative I’d forgotten, maybe? The names weren’t even vaguely familiar. When I turned the envelope over, I quickly realized why. I’d opened my ex-roommate’s mail. Ugh. That figured. It wasn’t me who was invited to a fairytale wedding at one of my favorite places in the world.

But after a couple of glasses of wine, Fisher had convinced me it should be me going, and not Evelyn. It was the least my deadbeat ex-roommate could do for me, he’d said. After all, she’d snuck out in the middle of the night, taken some of my favorite shoes with her, and the check she’d left behind for the two months of back rent she owed had bounced. At a minimum, I ought to get to attend a ritzy, thousand-dollars-a-plate wedding, rather than her. Lord knew none of my friends were ever getting married at a venue like that. By the time we’d polished off the second bottle of merlot, Fisher had decided we would go in Evelyn’s place—crash the wedding for a fun night out, compliments of my no-good former roomie. Fisher had even filled out the response card, writing that two guests would attend, and slipped it into his back pocket to mail the next day.

I’d honestly forgotten all about our drunken plans until two weeks ago when Fisher came home with a tuxedo he’d borrowed from a friend for the upcoming nuptials. I’d balked and told him I wasn’t going to crash some expensive wedding for people I didn’t know, and he’d done what he always did: gotten me to think his bad idea wasn’t really that bad.

Until now. I stood in the middle of the sprawling lobby of what was probably a two-hundred-thousand-dollar wedding and felt like I might literally pee my pants.

“Drink your champagne,” Fisher said. “It’ll help you relax a bit and put some color back in your cheeks. You look like you’re about to attempt to tell the class why you like John Quincy Adams so much.”

I squinted at Fisher, though he smiled back, undeterred. I was certain nothing was going to help me loosen up. But nevertheless, I gulped back the contents of my glass.

Fisher tucked one hand casually into his trouser pocket and looked around with his head held high, like he didn’t have a fear in the world. “I haven’t seen my old friend party animal Stella in a long time,” he said. “Might she come out to play tonight?”

I handed him my empty champagne flute. “Shut up and go find me another glass before I bolt.”

He chuckled. “No problem, Evelyn. You just sit tight and try not to blow our cover before we even get to see the beautiful bride.”

“Beautiful? You don’t even know what she looks like.”

“All brides look beautiful. That’s why they wear a veil—so you can’t see the ugly ones, and everything is magical on their special day.”

Fisher winked. “Not everyone can be as pretty as me.”