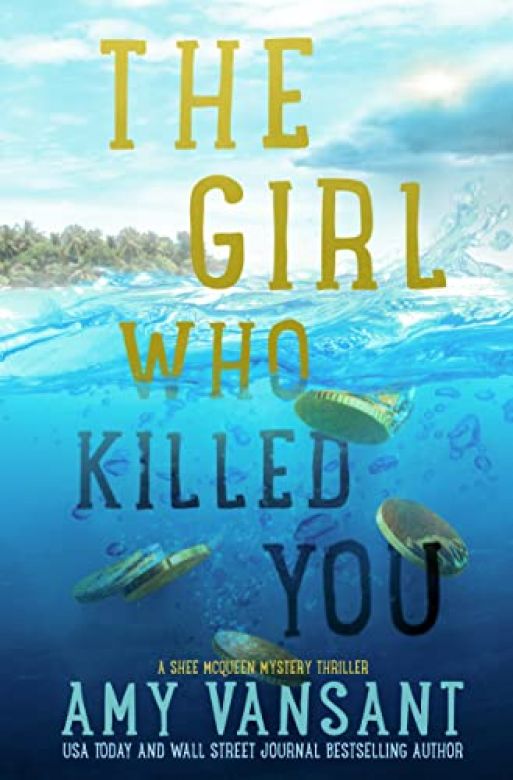 From USA Today and Wall Street Journal bestselling author Amy Vansant - the most fun you can have holding a Kindle Reader!

When Mick and his retired military gun-for-hire “fixer” service is hired by a United States Senator to find his missing son, he enlists the help of his daughter, Siofra “Shee” McQueen. An experienced tracker, Shee quickly tracks the boy to a Bahamian island playground catering to the young and wealthy. The job seems like such a breeze, she hires her daughter, Charlotte, to infiltrate the age-restricted compound. They’ve just been reunited after a lifetime apart, and the mission offers them serious quality mother-daughter time.

Is the mother-of-the-year award in the mail yet?

Before Shee can kick back with a Bahama Mama, the senator’s son’s girlfriend turns up dead. The boy is the primary suspect. Could be he's not the underachieving goofball he seemed to be…and her daughter is on the island with him.

Shee needs to extract Charlotte, but communication has been cut, and the sinister underbelly of the resort is beginning to show.

Shee will need to tap into her father’s collection of ex-military misfits, including a retired FBI agent, a newly-hired thief hiding a secret, and Charlotte’s father—the wounded SEAL whose heart Shee once trampled—if she's going to save their daughter.

The island has other ideas.

“Check inside the iguana!”

Shee McQueen shouted the words as her cell connection dropped, and her father’s voice snapped off mid-word.

She dropped her head into her hands and let her phone slide onto the white beach sand.

Did he hear me?

The phone didn’t have far to fall—she’d been squatting behind a tropical bush, in the dark like a stalker, when her phone had vibrated against her hip.

She realized it had been the iguana crawling around her brain—always just out of reach—since she’d searched Xander Andino’s bedroom back in Florida. She’d been seeing flashes of green in her mind’s eye. She should have pieced it together.

She’d been cranky and sloppy the day she met the iguana. She’d wanted to take a few more days off—wanted to spend time with her daughter, Charlotte, where the girl lived on the West Coast of Florida. When Shee’s father, Mick, called and insisted she return home immediately, she assumed her old man had a meaty mission for her. Something important enough to abandon Charlotte earlier than planned.

Xander Andino, the son of a United States senator from Florida, had run away with some of Daddy’s valuables. The senator wanted to keep the embarrassing incident quiet, so he’d hired Mick to find Junior and haul him home. Mick, in turn, summoned her because she’d spent her life tracking bad guys.

Did it matter she was busy reuniting with her daughter? The daughter she’d been kept from, through bad luck, bad decisions, and circumstance, for twenty-odd years.

Sure, it made sense on paper to have the tracker come home to track.

It just wasn’t what she wanted to do.

Who cared about an AWOL spoiled brat, anyway? A fortunate son throwing a hissy fit?

She was sure Mick considered the cushy job a boon—the staff at his Loggerhead Inn had thinned in recent weeks. Half touristy beach hotel, half safe haven for ex-military mutts, Loggerhead was in need of adopting a few more strays. Mick provided “fixer” services for people with problems only covert, military-trained specialists could solve. The hotel was Mick’s way of making up for all the bad things he’d done in the past.

If that’s the way forgiveness works.

She had a few sins of her own to work off.

Like the fact it was her fault the hotel was short-staffed. Her return home had been, um...

She’d made life difficult for her dad by putting his staff in harm’s way. Guardian angels, mercenaries, soldiers of fortune, whatever you called them, it was a tough business to be in when half your army was dead, injured, or gone. If Loggerhead was hired for a mission that required, for example, someone who could split a toothpick with a knife from fifteen feet away—they were shorthanded.

They’d had that person before she showed up.

As it stood, Mick’s posse boasted a young Naval Academy grad-gone-AWOL with a grab bag of tech skills and abundance of attitude, a giant who only spoke gibberish, a British landscaper-slash-sniper who may or may not have been MI6, a retired FBI agent, and Shee’s ex-boyfriend, Mason—a one-legged retired SEAL.

Throw in her father’s sixty-something, poker-playing con artist of a girlfriend and two dogs—one barely larger than a Guinea pig—and it was clear Loggerhead wasn’t prepared for any major assaults.

Mick’s mish-mash of broken soldiers was even more mish-mashy than usual.

Mick himself was nearly seventy and had recently narrowly survived a bullet to the head. He was little help. He’d been reduced to rambling around the hotel, barking orders, and wondering why no one ever did things as well as him.

Even with all the shortages, the Loggerhead could handle a missing young man. Shee tracked Xander Andino to the YOU resort—a Bahamian-based playground catering to the rich and young. Miffed to be recalled from Charlotte’s for a fluff mission, she’d improvised and invited her daughter to come with her. Charlotte was a private investigator now, and from what Shee’d seen, she was more than capable.

Together, they’d retrieve the senator’s son.

What mother-daughter bonding time could have been more fitting? Painting ceramics? High tea with scones and white gloves?

Not in this demented family.

Shee had needed a twenty-something someone to infiltrate the island’s resort, and Charlotte fit the bill.

Until everything was a lie, and she realized she’d sent Charlotte into the lion’s den.

Shee stared at the phone in the sand and clenched a fist.

I should have checked inside the iguana.