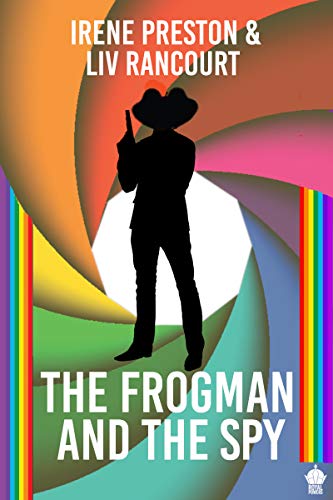 The Frogman and the Spy: A M/M Superhero RomCom

Jim Calhoun and his sister Lori are just two Americans in North Abarra exploring their roots. They are definitely not off-duty CIA agents.

Enzo da Silva is the head groundskeeper on Princess Odile's country estate. He is definitely what he seems to be – the guy who trims the hedge maze and measures oxygen levels in the national forest.

The Princess's birthday bash is a major celebration every year. As the big day approaches, a series of accidents plague the preparations. It's almost like someone wants things to go wrong. But it's not as though two commoners like Jim and Enzo – with absolutely no super powers – can stop a rogue supervillian. And if Jim and Enzo keep showing up at the same crime scenes, it's not because they can't keep their eyes off each other.


~~~~~~~
The Frogman and the Spy definitely does not feature: Two undercover supos. A cameo by King Bastien of North Abarra. An unstoppable force. An immovable object. Secrets. Exploding cakes. Frogs.

This book is part of the multi-author series Royal Powers II and can be read as part of the series or as a standalone.
Book 1, King's Ex, is by E.J. Russell.