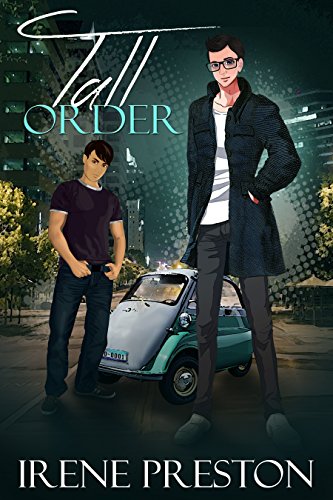 Chef Dylan Trevino screwed up bad, and he knows it. When he left Texas, his job, and his boyfriend behind, Dylan was confident Aston would follow him to New York. Now he's back home and working for the worst caterer in Austin just to pay the rent. Being head chef at a party thrown by a famous rocker doesn't make up for serving bland tacos while dressed like a dime-store cowboy. Thank god his ex can't see him now.

Aston Winkler's steampunk guitar mods are all the rage with musicians and he's got invites to every hot party in town. Too bad he'd rather be listening to garage bands than networking in a penthouse. From his 6'7” vantage point, Aston has no problem spotting Dylan at the crowded SXSW party. Getting his boyfriend back? That's a tall order.


**This story was originally published in the Romancing Austin anthology and is now available for the first time as a standalone read.***