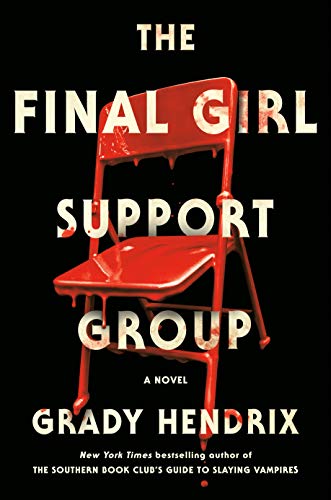 A fast-paced, thrilling horror novel that follows a group of heroines to die for, from the brilliant New York Times bestselling author of The Southern Book Club's Guide to Slaying Vampires.

In horror movies, the final girl is the one who's left standing when the credits roll. The one who fought back, defeated the killer, and avenged her friends. The one who emerges bloodied but victorious. But after the sirens fade and the audience moves on, what happens to her?

Lynnette Tarkington survived a massacre twenty-two years ago, and it has defined every day of her life since. And she's not alone. For more than a decade she's been meeting with five other final girls and their therapist in a support group for those who survived the unthinkable, putting their lives back together, piece by piece. That is until one of the women misses a meeting and Lynnette's worst fears are realized—someone knows about the group and is determined to take their lives apart again, piece by piece.

But the thing about these final girls is that they have each other now, and no matter how bad the odds, how dark the night, how sharp the knife, they will never, ever give up.

“Sizzles with action, originality and a gleaming concept as sharp as a scalpel.” CHARLAINE HARRIS

“A (bloody) valentine to the slasher franchises of the VHS era, but also a smart novel about survivor guilt and the concept of the enduring heroine.” Kim Newman, author of Anno Dracula

“Pray for morning, wish for speed, and be as quiet as you can, it doesn't matter Grady's Hendrix's Final Girl Support Group already knows where you live and breathe.” Stephen Graham Jones

Praise for The Southern Book Club's Guide to Slaying Vampires

“[A] clever, addictive vampire thriller This powerful, eclectic novel both pays homage to the literary vampire canon and stands singularly within it.” Publishers Weekly, starred review

“Hendrix cleverly sprinkles in nods to well-established vampire lore, and the fact that he's a master at conjuring heady 1990s nostalgia is just the icing on what is his best book yet. Fans of smart horror will sink their teeth into this one.” Kirkus Reviews, starred review

“Hendrix has masterfully blended the disaffected housewife trope with a terrifying vampire tale, and the anxiety and tension are palpable...a cheeky, spot-on pick for book clubs.” Booklist, starred review 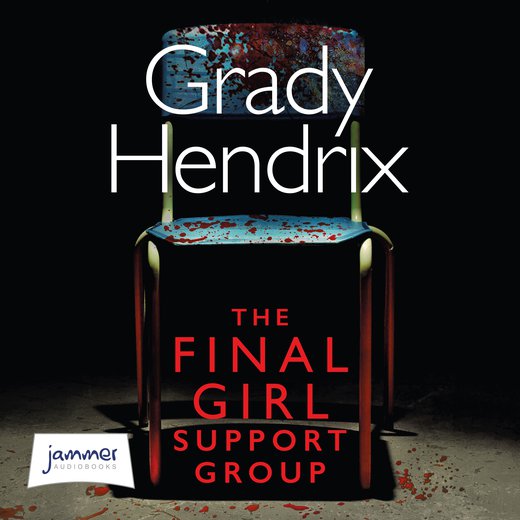 I wake up, get out of bed, say good morning to my plant, unwrap a protein bar, and drink a liter of bottled water. I’m awake for five full minutes before remembering I might die today. When you get old, you get soft.

In the living room I stretch and do forty knee strikes, forty palm heel strikes, and side mountain climbers until sweat drips onto the concrete floor. I do elbow strikes until my shoulders burn, then I get on the treadmill, put the speed up to seven, and run until my thighs are on fire and my chest rasps, and then I run for five more minutes. I have to punish myself for forgetting exactly what the stakes are, especially today.

The bathroom door gets padlocked from the inside while I shower. I make up my bed to eliminate the temptation to crawl back in. I make tea, and it’s not until the electric kettle clicks that I have my first panic attack of the day.

It’s not a bad one, just a cramp in my chest that feels like a giant hand squeezing my lungs shut. I close my eyes and concentrate on relaxing the muscles lining my throat, on taking deep breaths, on pulling oxygen into the bottom of my lungs. After two and a half minutes I can breathe normally again and I open my eyes.

This apartment is the only place in the world where that’s possible. A bedroom, a living room, a kitchen, and a bathroom where, as long as I take reasonable precautions, I can close my eyes for two minutes. Out there in the world it’s a nonstop murder party, and if I make the slightest mistake I’ll wind up dead.

I go into the living room and turn on CNN to see what the body count is today, and from the very first image I know that the next twenty-four hours will be bad.

A live drone shot of a summer camp is buried beneath all the other junk CNN puts onscreen. It shows sedans and emergency vehicles clustered outside the cabins, men in white hazmat suits walking between the trees, yellow police tape blocking the road. They cut to recorded footage of the night before, blue lights flashing in the dark, and the slugline hits me in the gut: Real Life Red Lake Tragedy Repeats.

I turn on the sound and the story is exactly what I feared. Someone murdered six Camp Red Lake counselors who were shutting the place down for the season. They used a variety of weapons—hand scythe, power drill, bow and arrows, machete—and would have had a seventh victim except the last one, a sixteen-year-old girl the CNN chyron tells me is named Stephanie Fugate, shoved them out of the hayloft.

The killer hasn’t been identified yet, but there’s Stephanie onscreen in a class photo with her round face and clear skin, smiling through her braces with a grin that breaks my heart. After last night, she’ll never be that happy again. She’s a final girl now.

You’re watching a horror movie and the silent killer knocks off the stoner, the slut, the geek, the jock, and the deputy, and now he’s chasing the virgin babysitter through the woods. She’s the one who said they shouldn’t party at this deserted summer camp, break into this abandoned lunatic asylum, skinny-dip in this isolated lake—especially since it’s Halloween, or Thanksgiving, or Arbor Day, or whatever the anniversary is of those unsolved murders from way back. The killer’s got a chainsaw/boat hook/butcher’s knife and this girl’s got zip: no upper body strength, no mass, no shotgun. All she’s got is good cardio and an all-American face. Yet somehow she kills the killer, then stares numbly off into the middle distance, or collapses into the arms of the arriving police, or runs crying to her boyfriend, makes one last quip, lights one last cigarette, asks a final haunting question, gets taken off in an ambulance screaming and screaming like she’s never going to stop.

Ever wonder what happens to those final girls? After the cops eliminate them as suspects, after the press releases their brace-faced, pizza-cheeked, bad-hair-day class photos that inevitably get included on the cover of the true crime book? After the candlelight vigils and the moments of silence, after someone plants the memorial shrub?

I know what happens to those girls. After the movie deals get signed, after the film franchise fails, after you realize that while everyone else was filling out college applications you were locked in a residential treatment program pretending you weren’t scared of the dark. After the talk show circuit, after your third therapist just accepts that he’s your Zoloft-dispensing machine and you won’t be making any breakthroughs on his watch, after you realize that the only interesting thing that’ll ever happen to you happened when you were sixteen, after you stop going outside, after you start browsing locksmiths the way other women browse the windows of Tiffany’s, after you’ve left town because you couldn’t deal with the “Why not you?” looks from the parents of all your dead friends, after you’ve lost everything, been through the fire, started knowing your stalkers by their first names, after all that happens you wind up where I’m going today: in a church basement in Burbank, seated with your back to the wall, trying to hold the pieces of your life together.

We’re an endangered species, for which I’m grateful. There are only six of us still around. It used to make me sad there weren’t more of us out there, but we were creatures of the eighties and the world has moved on. They used to dust off the clip packages for our anniversaries or the occasional franchise reboot, but these days it’s all oil spills and Wikileaks, the Tea Party and the Taliban. The six of us belong to another era. We’re media invisible. We might as well not even exist.

As I turn off CNN I realize I miscounted. There are actually seven of us; I just don’t like to think about Chrissy. No one does. Even mentioning her name can mess with your head because she’s a traitor. So I take a minute, even though I only have three hours to get to group, and I take a deep breath and try to get my focus back.

Adrienne’s going to be a mess. Camp Red Lake was where it happened to her, but she bought the place later and turned it into a retreat for victims of violence, mostly survivors of school shootings and kids who got away from their kidnappers. This hits her where she lives. At least it’ll give us something new to talk about besides whatever old business we’re still arguing over today.

When I can’t put it off any longer, I get ready to head out. Group is the only time I leave this apartment except to go to the mailbox place across the street once a week, to check my escape routes once a month, and my biweekly trips to the corner store for supplies. I don’t like risk. My hair is short because long hair can get grabbed. I wear running shoes in case I have to move. I don’t wear loose clothing.

I inventory my pockets: keys, money, phone, weapons. I stopped carrying a firearm on public transport after an incident a couple of years back, but I have pepper spray, a box cutter in my right front pocket, and a razor blade taped to my left ankle. I don’t wear headphones, I don’t wear sunglasses, I make sure my jacket is tight so there’s nothing to snag, and then I say good-bye to my plant, take a deep breath, step out of my apartment, and face a world that wants me dead.