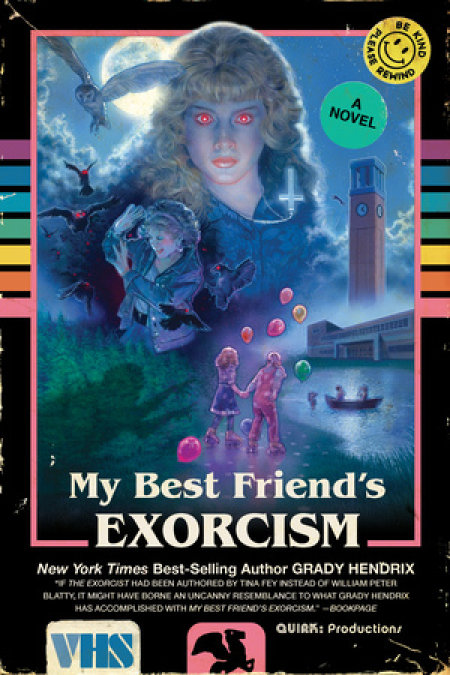 A heartwarming story of friendship and demonic possession

The year is 1988. High school sophomores Abby and Gretchen have been best friends since the fourth grade. But after an evening of skinny dipping goes disastrously wrong, Gretchen begins to act … different. She’s moody. She’s irritable. And bizarre incidents keep happening whenever she’s nearby.

Abby’s investigation leads her to some startling discoveries—and by the time their story reaches its terrifying conclusion, the fate of Abby and Gretchen will be determined by a single question: Is their friendship powerful enough to beat the devil?

Like an unholy hybrid of Beaches and The Exorcist, My Best Friend’s Exorcism blends teen angst, adolescent drama, unspeakable horrors, and a mix of 80s pop songs into a pulse-pounding supernatural thriller. 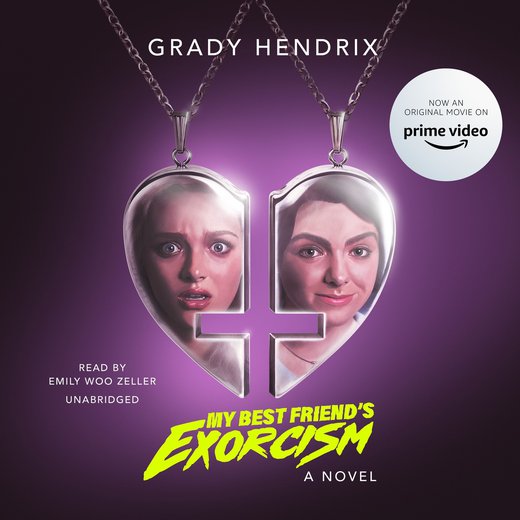 The exorcist is dead.
Abby sits in her office and stares at the email, then clicks the blue link. It takes her to the homepage of the paper she still thinks of as the News and Courier, even though it changed its name fifteen years ago. There’s the exorcist floating in the middle of her screen, balding and with a ponytail, smiling at the camera in a blurry headshot the size of a postage stamp. Abby’s jaw aches and her throat gets tight. She doesn’t realize she’s stopped breathing.
The exorcist was driving some lumber up to Lakewood and stopped on I-95 to help a tourist change his tire. He was tightening the lug nuts when a Dodge Caravan swerved onto the shoulder and hit him full-on. He died before the ambulance arrived. The woman driving the minivan had three different painkillers in her system—four if you included Bud Light. She was charged with driving under the influence.
“Highways or dieways,” Abby thinks. “The choice is yours.”
It pops into her head, a catchphrase she doesn’t even remember she remembered, but in that instant she doesn’t know how she ever forgot. Those highway safety billboards covered South Carolina when she was in high school; and in that instant, her office, the conference call she has at eleven, her apartment, her mortgage, her divorce, her daughter—none of it matters.
It’s twenty years ago and she’s bombing over the old bridge in a crapped-out Volkswagen Rabbit, windows down, radio blasting UB40, the air sweet and salty in her face. She turns her head to the right and sees Gretchen riding shotgun, the wind tossing her blond hair, shoes off, sitting Indian style on the seat, and they’re singing along to the radio at the top of their tuneless lungs. It’s April 1988 and the world belongs to them.
For Abby, “friend” is a word whose sharp corners have been worn smooth by overuse. “I’m friends with the guys in IT,” she might say, or “I’m meeting some friends after work.”
But she remembers when the word “friend” could draw blood. She and Gretchen spent hours ranking their friendships, trying to determine who was a best friend and who was an everyday friend, debating whether anyone could have two best friends at the same time, writing each other’s names over and over in purple ink, buzzed on the dopamine high of belonging to someone else, having a total stranger choose you, someone who wanted to know you, another person who cared that you were alive.
She and Gretchen were best friends, and then came that fall. And they fell.
And the exorcist saved her life.
Abby still remembers high school, but she remembers it as images, not events. She remembers effects, but she’s gotten fuzzy on the causes. Now it’s all coming back in an unstoppable flood. The sound of screaming on the Lawn. The owls. The stench in Margaret’s room. Good Dog Max. The terrible thing that happened to Glee. But most of all, she remembers what happened to Gretchen and how everything got so fucked up back in 1988, the year her best friend was possessed by the devil.