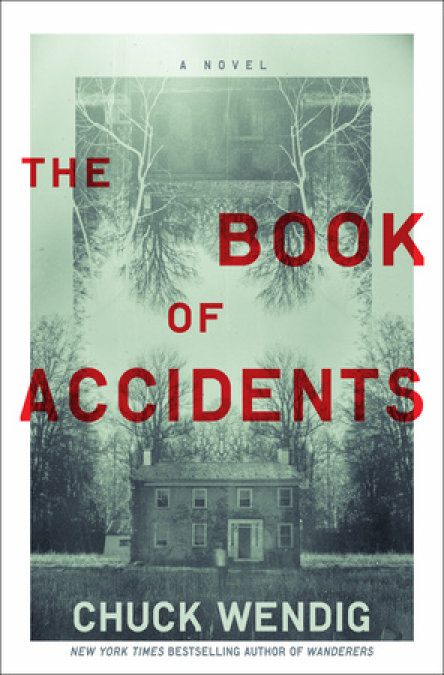 Long ago, Nathan lived in a house in the country with his abusive father—and has never told his family what happened there.Long ago, Maddie was a little girl making dolls in her bedroom when she saw something she shouldn’t have—and is trying to remember that lost trauma by making haunting sculptures.Long ago, something sinister, something hungry, walked in the tunnels and the mountains and the coal mines of their hometown in rural Pennsylvania.Now, Nate and Maddie Graves are married, and they have moved back to their hometown with their son, Oliver. And now what happened long ago is happening again . . . and it is happening to Oliver. He meets a strange boy who becomes his best friend, a boy with secrets of his own and a taste for dark magic.This dark magic puts them at the heart of a battle of good versus evil and a fight for the soul of the family—and perhaps for all of the world. But the Graves family has a secret weapon in this battle: their love for one another. 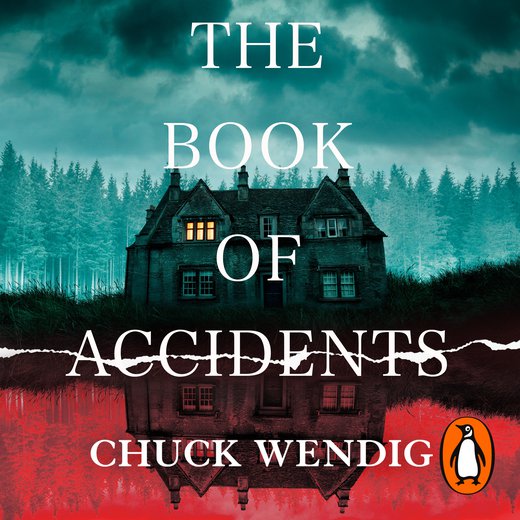 The boy, fifteen, knelt on the ground, his chin against his chest, the soft undersides of his forearms pressing into his ears even as his fingers dug into the thatch of messy hair at the back of his head. His ears rang sharply—not the tolling of a bell but a shrill whine, like that of a dental drill. To one side of him: yellow lockers. To the other: a water fountain. Above: a waterfall of bright fluorescence. Somewhere ahead were two gunshots, bang, bang. Each made his heart jump. Somewhere behind him were the murmur and rustle of students moving from classroom to classroom, seeking safety. Oliver imagined them dead. He imagined his teachers dead. Blood on linoleum. Brains on chalkboard. He imagined weeping parents on the news, and the suicides of survivors, and the thoughts and prayers of uncaring politicians—he could see the pain like a little ripple that became a wave, that met other waves and became tsunamis roaring back and forth over people until all were drowned underneath.

A hand grasped his shoulder and shook him. A word spoken as if through a fishbowl—his name. Someone was saying his name. “Olly. Oliver. Olly!” He gently rocked himself back on his ankles, sitting partly upright. It was Mr. Partlow, his BioSci teacher. “Hey. Hey, lockdown drill’s almost over, Oliver. You okay? Come on, kiddo, let’s get you—”

But then the teacher let go and took a half step back. Mr. Partlow stared down at the floor—no, not at the floor. At Oliver. Oliver took a look, too. His crotch was wet. Fingers of liquid were spreading down his pant legs. Ahead, he saw a few students gather and stare. Landon Gray, who sat behind him in homeroom, looked sad. Amanda McInerney—who was in all the plays, and chorus, and student council—made a gross face and giggled.

Mr. Partlow helped him stand up and took him away. Oliver wiped tears from his face, tears he didn’t even know he’d spilled.

That same day, Nate sat in a lawyer’s office in Langhorne. The lawyer was round and grub white, like the inside of a cut potato. In the window of the office, an AC unit grumbled and growled, so that the man had to raise his voice in order to be heard.

“Thank you for coming,” the lawyer, Mr. Rickert, said.

“Uh-huh.” Nate tried to keep his hands from balling into fists. Tried, and failed.

“Your father is sick,” the lawyer said.

“Okay,” the lawyer repeated, and Nate couldn’t tell if the man was surprised by his reaction—or prepared for it. “Mr. Graves—”

“I know you expect me to be broken up about all this, but I’m not. Not one little bit. My father was—or, is, I guess—a tremendous piece of garbage. I have no love for him. I have only hatred and disdain for that monster masquerading as a man, and truth be told, I’ve been dreaming of this day for the better part of twenty years, maybe longer. I’ve imagined how it would go. I’ve prayed to whatever god that would listen that my father, the piece of shit that he is, would go painfully and miserably, that it wouldn’t be fast, wouldn’t be a quick sprint to the end, but, rather, a slow, stumbling marathon, a . . . a clumsy run where he’s painting the walls with his lung blood, where he’s drowning in his own fluids, where he’s gotta wear some, some bag on his side to contain his own f—his own mess, a bag that breaks on him or that pops out of its port every time he moves to adjust his ruined, dying body. You know what? I was hoping it’d be cancer. A crawling, steady cancer, too, not fast like pancreatic. Something that eats him up from the inside sure as he ate up our family. Cancer for cancer, tit for tat. I figured it’d be lung, given the way he smoked. Or liver, given the drink. But colon cancer? I’ll take colon. He was . . . he was always full of shit, so that is a fitting end for that semi-human sack of septic excrement.”

The lawyer blinked. Silence passed between them. Rickert pursed his lips. “Are you done monologuing?”

“Go to hell.” He paused, regretting being so angry at this man who probably didn’t deserve it. “Yes, I am.”

“Your speech doesn’t surprise me. Your father said you’d say those things.” He laughed a little, a high-pitched titter, and he gesticulated with both hands so it looked like his fingers were little moths taking flight. “Well, not those things, exactly. But the gist.”

“Your father, before he passes, wants to offer you a deal.”

“It’s a favorable deal for you. Don’t you want to hear it?”

“I don’t.” Nate stood up, kicking the chair out behind him. It juddered louder and more aggressively than he’d intended it, but it was what it was and he wouldn’t apologize.

He turned to leave.

“It’s the house,” the lawyer said. Nate’s hand paused on the doorknob.

“It’s not in the will. He will sell the house to you, instead. The house, and the thirteen acres of land on which it sits.”

Nate shrugged. “Sorry. I can’t afford it.” The house—as the lawyer noted, Nate’s childhood home—was in an area that had, over the decades, become prime real estate. Upper Bucks County. Used to be just farmland and swamp, but these days, prices were up, taxes were up, rich people had moved in from Philly or New York. Gentrification wasn’t just for the inner cities. “Tell him to sell it, then. He can use the money to pay for a really fantastic casket.”

“Surely you can afford the cost of a single dollar.”

Nate turned his narrowed gaze toward Rickert. He ran a hand through his beard and winced. “A dollar.”

“If I have it right, the idea there is so I avoid . . . what, some sort of taxes? I pay a dollar, and it’s a free-and-clear transaction.”

“That is the perception.”

Nate nodded. “The ‘perception.’ Uh-huh. I’m a city cop. I’m not too caught up on white collar stuff, it’s mostly blue collar for me, but I know a con when I smell it. Dad could just gift the house to me and it’d be good to go. Or I could inherit it like most people do—and I’d only be on the hook for taxes if I sold it and made more money than the fair market value of the house. But this, and correct me if I’m wrong, means that if I buy the house for a dollar and sell it for any amount over that dollar, I get whopped with a capital gains tax on top of it being income. I have that right?”

An unhappy smile stitched between the lawyer’s plump cheeks. “That’s likely correct. The IRS
usually demands its pound of flesh.”

“I’m not buying the house. I’m not buying anything the old man is selling. I wouldn’t buy a cup of water from him if I was dying of thirst. I don’t know what his game is, except to saddle me with a house I don’t want. Please tell him to take his offer and shove it up his rotting, cancerous behind.”

“I can convey that message.” The lawyer stood and offered a hand to shake. Nate looked at it like the man had just blown his nose into it, no tissue. “The offer will remain on the table until Carl passes.”

Nate walked out the door without saying another word.