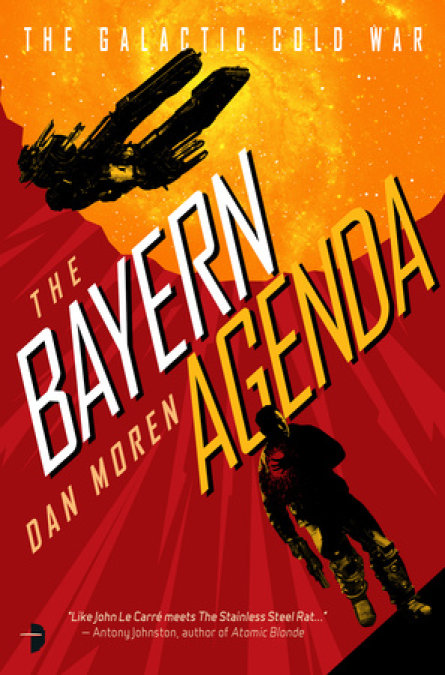 A new Cold War threatens the galaxy, in this fast-paced and wisecracking thriller of spies and subterfuge.

Simon Kovalic, top intelligence operative for the Commonwealth of Independent Systems, is on the frontline of the burgeoning Cold War with the aggressive Illyrican Empire. He barely escapes his latest mission with a broken arm, and vital intel which points to the Empire cozying up to the Bayern Corporation: a planet-sized bank. There’s no time to waste, but with Kovalic out of action, his undercover team is handed over to his ex-wife, Lt Commander Natalie Taylor. When Kovalic’s boss is tipped off that the Imperium are ready and waiting, it’s up to the wounded spy to rescue his team and complete the mission before they’re all caught and executed.