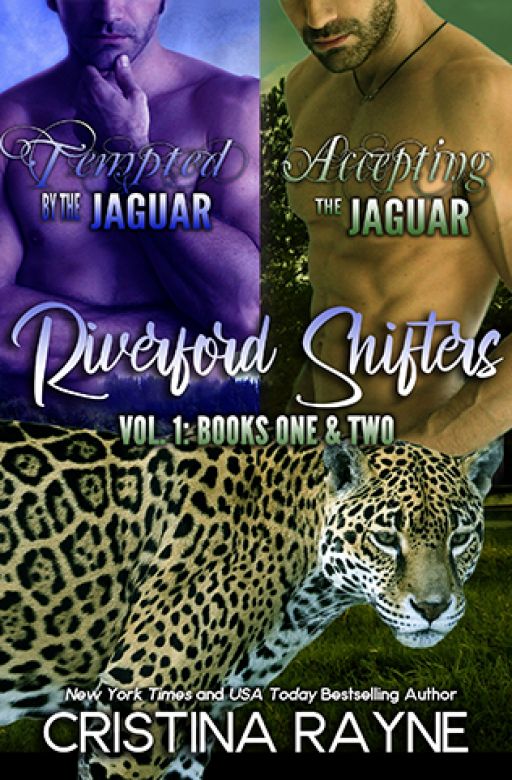 Book One: Tempted by the Jaguar

Kylie Moore has a secret, one she and her adoptive father have carefully guarded for over a decade since the night her parents disappeared. However, when she is randomly attacked one night in her apartment complex's parking lot, that one violent act sets in motion events that reveal not only her long-dormant shifter heritage in the worst possible way, but could also railroad her efforts of finding out what really happened to her parents.

Suddenly finding herself the center of attention among Riverford's shifter clans, Kylie's only hope of navigating such a dangerous minefield of politics and perpetual battles over territory is Hunter, a too-sexy-for-her-peace-of-mind jaguar shifter that might be her key to gaining insider access to the hidden and secretive shifter society.

Now Kylie must decide whether to integrate more deeply into Hunter's jaguar clan in order to take advantage of this rare opportunity or to run while her secret still remains uncovered. To stay would mean deliberately putting herself in more danger than Kylie may be prepared to handle, especially when Hunter, the person she must rely on, may be hiding something as well.

Kylie knew from the beginning that getting romantically involved with Hunter was an extremely bad idea, and now because of the Pandora's Box she inadvertently blew wide open in order to protect him, more than just Hunter may now determine the consequences she and those she loves will ultimately end up paying.