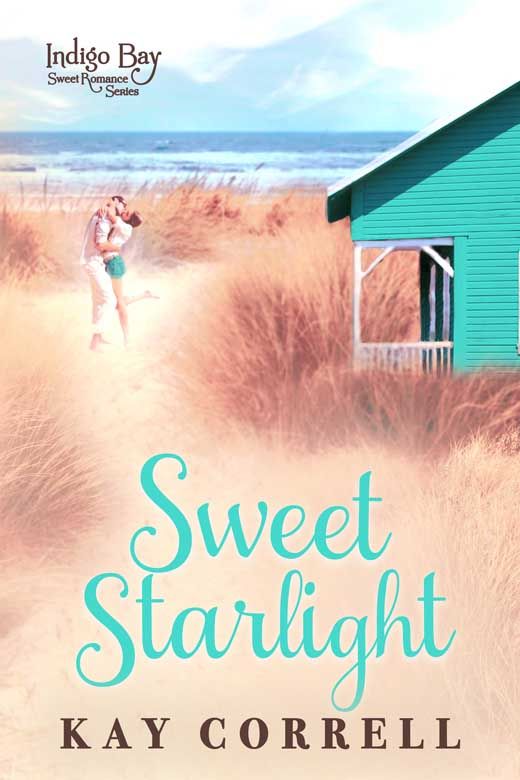 Whitney Layton doesn’t recognize the actor who comes into her shop and commissions a custom jewelry piece for his grandmother’s birthday gala.

Rick Nichols doesn’t know if he’s upset or thankful that Whitney doesn’t recognize him. While he longs to become more well known so his family will finally think he’s made a success of himself, he enjoys hiding out anonymously and being just an everyday normal guy.

As Rick’s best-laid plans for his grandmother’s party fall apart, Whitney steps in to help him. But as things heat up between them and the press catches wind of their relationship, their photo is splashed all over social media.

Whitney wants nothing of the limelight nor does she believe Rick will ever be happy with a small-town businesswoman who wants nothing more than to live out her life in Indigo Bay. She doesn’t need to add one more name to the list of people she’s cared about who have left her.

With Rick’s career plans at stake, they are both forced to decide what they really want out of life… and if their personal choices will prevent them from ever being together.

Whitney's brother, Will, is in Sweet Sunrise and Whitney's best friend, Merry, is in Sweet Holiday Memories. Make sure to check out those stories, too!

Sweet Sunrise is book nine in the Indigo Bay Sweet Romance series. A group of fabulous authors has joined together to bring you this heartwarming series set in South Carolina. Each book in the series can be read in any order so jump in at any time. Happy reading!