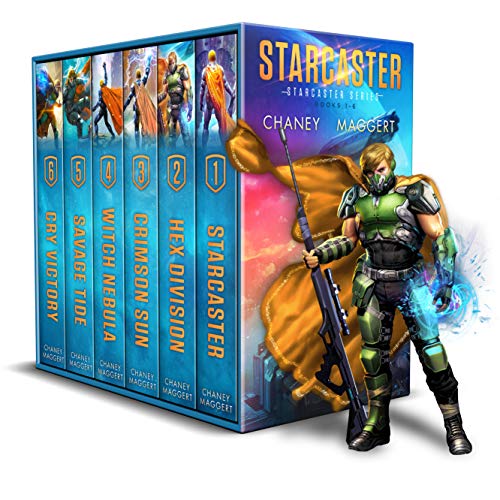 The Earth's navy is left drifting among the stars as Nyctus ships swarm, their purpose unknown as they continue their advance, burning one system after another.

But on one of the forgotten worlds, a boy is left behind, and he holds a talent unlike anything the galaxy has ever known.

Thorn Stellers is a mage, trained to lead and fight. With a renegade division of warriors at his side, and with weapons far different from those of old Earth, Thorn has a chance at standing up to humanity's enemies. For these mage-soldiers, armed with power that had once been thought the stuff of legend, the outcome is no longer certain.

Each Starcaster has a talent—except for Thorn, who has many. With his childhood companion Kira Wixcombe, he'll confront a threat from beyond the stars, meeting them in the darkness with a light born of magic... and a lust for revenge.

Is his power enough? Or is Earth a forgotten memory, lost forever to history?

This set includes books 1-6 in the Starcaster series. Also included is a short intermission bonus chapter titled Spark to Flame.