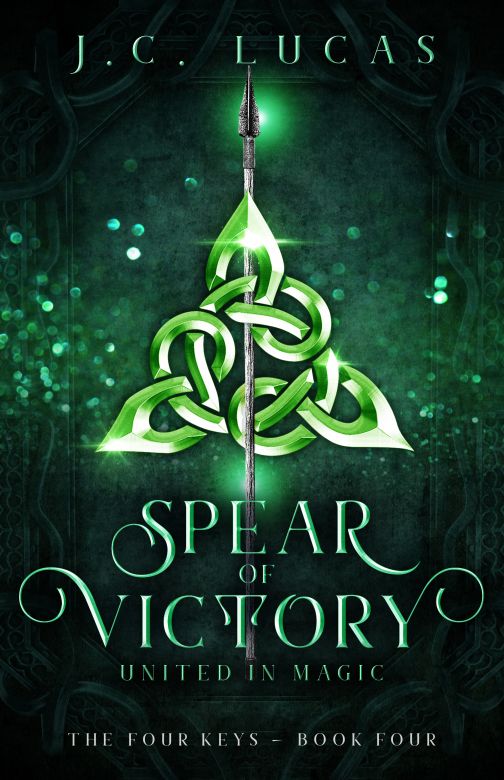 Spear of Victory: United in Magic

The unforgettable conclusion to the epic fantasy The Four Keys series from author J.C. Lucas.The end of the war is upon them, and the fate of the Fae and human world rests on one girl’s shoulders. An old god has gathered his forces—and planted a Trojan horse in their midst. The enemy’s plan to control the world has been revealed, but unexpected circumstances might alter the course of fate.Andie and her friends are in the ultimate race against time and evil. They must find the last Key before all is lost. Battle lines will be forged, remarkable alliances cast, and the prophecy is still as strong as ever.Victory doesn’t come without sacrifice. Love doesn’t come without pain.Not all who fight will survive, but in the end, it will come down to the choices of one teenage Queen, the magical factions, and the Titan gods.Book 1: Sword of LightBook 2: Cauldron of Hope and SorrowsBook 3: Lia Fail – Stone of DestinyBook 4: Spear of Victory, United in Magic