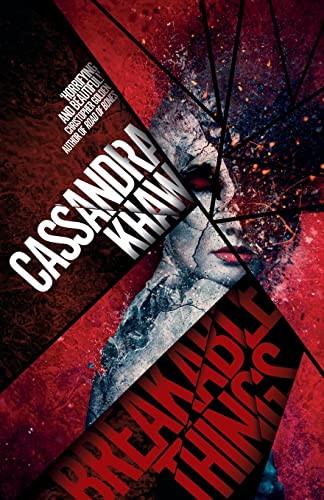 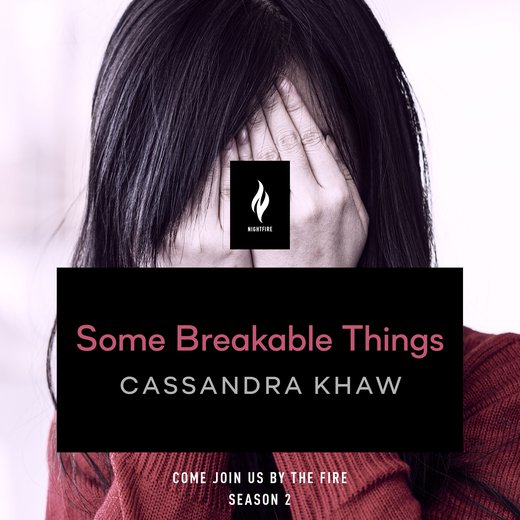 don’t turn on the lights

STORIES ARE MONGRELS. It don’t matter whether they were lightning-cut into stone or whispered over the crackle of a dying flame, no story in the world has pedigree. They’ve all been told and retold so many times that not God himself could tell you which one came first. Yes, every story in creation.

You might have heard it before. There was a girl once. Her name was Sally. It could have been any other name, really. But let’s go with Sally. It’s solid. Round-hipped and stout, the kind of Midwestern name that can walk for hours and don’t mind it much when the sun burns its skin red.

Sally was, maybe, about eighteen or nineteen, some freshman in a local college. And like every teenager, she sometimes got behind on her school work.

So one night, she took all her books and went down to her dormitory’s basement, telling herself she’d study till the dawn brindled the sky in gold and claret.

Halfway through, she realized she’d forgotten a book. And back up she went, feet making no sound at all on the old carpet. (Was it thick? Yes. Lush like nothing else. It had to be, or what happened next would make no sense.) Silent, she padded along until she reached her room and opened the door.

It was black inside. No lights at all. The curtains were drawn. You couldn’t see the glow of the distant town. But that was okay. Sally knew the room like the map of her palms. Slowly, she felt her way along the walls to her bed. Slowly, she realized—

There was a smell in the air: pennies and salt.

There was a sound in the air too: breathing, rasped and ragged, heavier than anything she’s heard. Sally knew the beat of her roommate’s breath. This wasn’t it.

And maybe, she might have said something if it wasn’t for the itching under her skin, something that whispered, “This wasn’t alright.”

So, Sally didn’t. It was late and she was tired and it was probably just her imagination. Thus decided, she got what she needed and clicked the door shut behind her as she left, just as something began to drip, drip, drip.

“Damn faucet,” she mumbled as she swayed back down to the basement.

The next day, Sally went for her exams. How did she do? Truthfully, it don’t plain matter. She took her examinations and then she went home, feet crunching across dried autumn leaves and cobbled stones.

Into the dormitory she went, and then up the spiral staircase, unease laving its way down her spine. There were far too many people out and about, their faces bright and afraid, but that wasn’t Sally’s problem, no sir. Someone else could go worry about that. All she wanted was to sleep.

Sleep wasn’t on the cards, though. Hell, I don’t know if she ever slept again. I know I wouldn’t be able to. Because when Sally finally walked all the way to her room, pushing past co-eds in their flower-printed pyjamas, she found police tape and policemen.

And a smell in the air: pennies, salt, a stink of dried urine and shit.

And a sound in the air: a drip drip dripping, oozing between the noise of the walkie-talkies.

And a sight like nothing anyone should see: her roommate, cut up like beef, words scrawled on the wall above her head.

“Aren’t you glad you didn’t turn on the lights?”

The socially acceptable one, as they like to say in polite company. After all, it’s one where no one really is at fault. Not Sally, not the roommate, not even the butcher who sliced up that poor girl. (You can’t pin a sin on a thing with no face, can you?)

But there are other retellings, crueller ones. Or truer ones, I guess, depending on who you’re asking.

And since you asked, one of them goes something like this:

Sally was eighteen, maybe nineteen, but she might as well have been seventy-two. Hers had not been an easy life, although it isn’t for me to explain how. That’s another story, and also not mine to tell.

But she survived it, or at least some of her did; the girl that shambled into college was one part Sally, three parts grit, and nine-tenths rage. The world hadn’t been fair to the poor child.

It could have been worse.

It could have been Sally who’d taken a murderer to her bed, Sally who’d been pushed down onto the covers with a palm over her mouth, Sally who’d laid there twitching as someone carved a smile under her chin.

Now, I bet you’re wondering: how’d Sally know about all that?

Because she was there, of course.

As with every variant of this story, Sally was out too late for one reason or another. Realizing she’d forgotten something, she stumbled upstairs to her room. In the popular version, all she heard was breathing, a drip drip dripping to tell her that something was wrong.

In this one, her roommate whispered:

There was a smell in the air: pennies, salt, an ammonia reek. There was a sound in the air too: a gurgling noise, a shlick of steel peeling through skin, someone kicking against a bulk too big to move.

I don’t know why she walked away, why she didn’t flick on the lights, and scream for the police. Maybe, she was scared. Maybe, it was late and she was tired and certain that it was all her imagination. Maybe, Sally thought to herself, “I ain’t dying for someone I barely know.”

Whatever the case, she left.

And well, you know how the rest of this tale goes, so I won’t bore us both with its end.

Was that one of the meaner tellings?

See, no one likes much talking about it, but everyone’s got a little blood on their hands. Most of the time, it’s metaphorical. That little lie that gets our siblings in trouble. The broken heart we blame on someone else’s lacks. Everyone is guilty of a few small sins.

What Sally might have done? It wasn’t evil, per se. A little selfish, maybe. But can you blame her for being frightened? Imagine being on the cusp of freedom, full of hope for the first time in your life. Would you give that up for a stranger? Would you lay down and die for them?

Yeah, I thought as much.

You’d be amazed as to how much detail gets lost in between, how a good storyteller can make you forget the bits that don’t make sense.

What happened that night?

What drove Sally down to a drafty basement when she could have found sanctuary in the library? If you think about it, none of that makes sense. Every college has its reading rooms, its communal spaces. So why a basement, exactly?

Did she really go there of her own accord?

It’s possible too that someone decided that it’d be a mighty fine way to terrify the freshman. No better method for earning respect than kidnapping someone from their beds and throwing them into the waiting dark, a hood over their heads, the concrete cold against their legs.

Maybe, that someone was Sally’s roommate.

Maybe, this incident wasn’t the first of its kind.

Maybe, as Sally sat crying in the basement, too afraid to call out, something wormed out of shadows. Something old, hungry, smelling of salt and pennies, like the taste of blood in the back of your mouth.

Maybe, the thing said to Sally, “What’s your heart’s desire?”

And Sally, too full of grief to think straight, replied with something that she would regret.

Is that what really happened?

There are only two people who really know, and one of them might not even be called Sally. Truth is, I don’t think anyone gives a shit either. With stories like this, all people want are their bones. People like putting their own spin on things.

It could have gone any number of ways, this tale. A lot can happen between the main event. Did Sally run straight out of the room? Did she listen for a while? Did she tell her roommate to be wary, to lock the doors and watch out for strange faces? Did she know the assailant?

Was there an assailant?

Still, before you go, let me tell me the version I like best. It’s one that few know and fewer care for, but it makes the most sense to me.

Sally was eighteen, maybe nineteen, a freshman like any other, full of hopes and newborn dreams. The future had never seemed so bright.

There was just one problem.

Because of circumstances, she had to share a room with someone she knew, someone she didn’t rightly like. It might have been her sister. The records aren’t clear on that. A cousin, possibly, or her mother’s best friend’s favorite daughter. Who the hell knows? One way or another, it was someone with whom Sally just had to play nice.

In the beginning, Sally did her absolute damnedest to be civil with that other girl, but you’d only drown that poor horse if you forced it to drink. Their relationship took no time at all to ripen to hate, soured by the need to suffer each other’s proximity, both of them jostling for space neither could afford.

Still, it was almost bearable for a while.

Then, Sally’s property started to disappear. Her food, her clothes, research texts, little odds and ends. Then, Sally’s father died, and her roommate used the news of his suicide against her, ransoming Sally’s reputation.

It got worse from there.

Sally stayed quiet, but you know what they say about people like that. And this wouldn’t be so bad if Sally was ordinary, but she wasn’t, no sir. She had a bit of witch in her blood, which is to say that she had a little too much. Sally had just enough power to talk to things the wise leave well alone.

One day, Sally decided she had enough and went down into the dark, carrying the hairs from her roommate’s brush. True enough, there was something there waiting.

She fed it those long black strands, ...