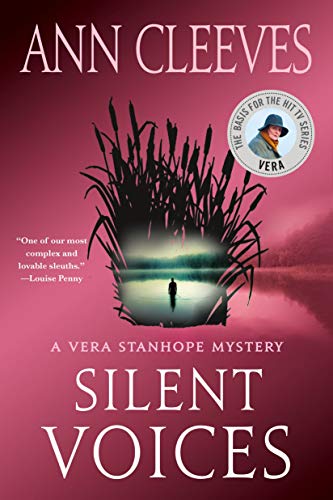 When Inspector Vera Stanhope finds the body of a woman in the sauna room of her local gym, she wonders briefly if, for once in her life, she's uncovered a simple death from natural causes. But a closer inspection reveals bruises around the victim's throat, and Vera quickly realizes she has a murder on her hands. 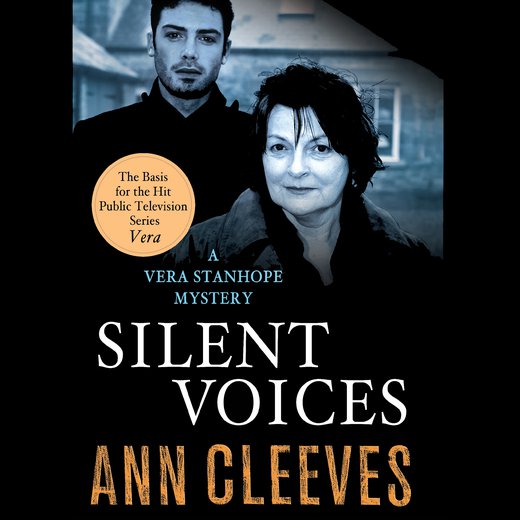 
Vera swam slowly. An elderly man with a bathing hat pulled like a fully stretched condom over his head went past her. He wasn’t a strong swimmer, but he was faster than she was. She was the sloth of the swimming world. But still she was almost faint with the effort of moving, with pulling the bulk of her body through the water.

She hated the sensation of water on her face—one splash and she imagined she was drowning—so she did a slow breaststroke with her chin a couple of inches from the surface of the pool. Looking, she suspected, like a giant turtle.

She managed to raise her head a little further to look at the clock on the wall. Nearly midday. Soon the fit and fabulous elderly would appear for aqua-aerobics. The women with painted toenails, floral bathing costumes and the smug realization that they’d be the last generation to retire early in some comfort. There’d be loud music, the sound distorted by a tortuous PA system and the appalling acoustics of the pool, so it would hardly seem like music at all. A young woman in Lycra would shout. Vera couldn’t bear the thought of it. She’d swum her regulation ten lengths. Well, eight. She couldn’t do self-deception if her life depended on it. And now, her lungs heaving, she really felt that her life did depend on it. So sod it! Five minutes in the steam room, a super-strength latte, then back to work.

The swimming had been her doctor’s idea. Vera had gone for a routine check-up, prepared for the usual lecture about her weight. She always lied about her alcohol intake, but her weight was obvious and couldn’t be hidden. The doctor was young, looked in fact like a bairn, dressed up in respectable adult clothes.

‘You do realize you’re killing yourself?’ She’d leaned forward across the desk so that Vera could see that the perfect skin was uncovered by make-up, smell a discreet grown-up perfume.

‘I’m not frightened of dying,’ Vera had said. She liked making dramatic statements, but thought this one was probably true.

‘You might not die, of course.’ The doctor had a clear voice, a bit on the high side to make for pleasant listening. ‘Not immediately at least.’ And she’d listed the unpleasant possible symptoms that might result from Vera’s overindulgence. An old-fashioned school prefect laying down the law. ‘It’s about time you started making some difficult lifestyle choices, Ms Stanhope.’

Inspector, Vera had wanted to say. Inspector Stanhope. Knowing that actually this child would be unimpressed by the rank.

And so Vera had joined the health club in this big out-of-town hotel, and most days she squeezed an hour from her day and swam ten lengths. Or eight. Never, she thought self-righteously, fewer than eight. She tried to choose a time when the pool was empty. Early mornings and evenings were impossible. Then the changing room was overrun by the young, the skinny, tanned women who plugged themselves into iPods and used all the equipment in the gym. How could Vera expose her eczema-scaly legs, her flabby belly and cellulite in front of these twittering, giggling goddesses? Occasionally she would peer into the room that looked like an updated torture chamber, with huge machines and heaving, writhing bodies. The men were gleaming with sweat and she found herself fascinated by them, by the slippery muscles, the heavy shoulders and the trainer-clad feet pounding on the treadmill.

Usually she came to the health club in mid-morning, dashing away from work with the excuse of a meeting. She’d chosen a place that was some distance from work; the last thing she wanted was to be recognized by someone she knew. She hadn’t told her colleagues she’d joined, and though perhaps they’d picked up the smell of chlorine on her skin or hair, they knew better than to comment. Now she reached the edge of the pool and stood up to catch her breath. It would be impossible to heave herself out as she’d seen the youngsters do. As she waded to the steps, one of the staff moved the line of floats into the middle of the pool to mark off the area reserved for aqua-aerobics. She was just in time.

The steam room smelled of cedar and eucalyptus. The steam was so thick that she couldn’t make out at first if anyone else was there. She didn’t mind sharing the room with other women—at least nobody here could see the detail of her ugliness. They might sense her bulk, but nothing else about her. Oddly, though, she felt vulnerable if she was alone here with a man. It wasn’t that she feared attack or even an inappropriate touch, the possibility that some nutter might expose himself. Only a swing door separated them from the noise of the pool. A scream would bring one of the staff. And she’d never been much scared by nutters. But there was an intimacy here that disturbed her. She felt that if she struck up a conversation she might reveal herself in a way that she would later regret. Almost naked, drugged by the heat and the smell, this was a place where an encounter might lead into disclosed confidences, difficult territory.

She saw that she was sharing the steam room with a woman, who sat in the corner, her knees bent, so that her feet rested on the marble bench. Her head was tilted back and Vera thought she seemed completely relaxed. Vera envied her. Complete relaxation was a state she rarely achieved. The child-doctor had suggested yoga and Vera went for one session, but found it excruciatingly boring. To hold a pose for what seemed like hours, to lie flat on one’s back while thoughts and ideas charged around one’s head, sparking a need for action. How could that possibly be relaxing? Vera lowered herself carefully onto the marble, slippery with condensation, but still made a sound like a wet fart. No response from the tactful woman in the corner. Vera tried tipping back her head and shutting her eyes, but thoughts of work intruded. There was no specific case to trouble her. It had been unusually quiet since Christmas. But there was always something: a niggle about office politics, the memory of a lead that should have been followed. It was at these times of physical stillness that her brain was most active.

She opened her eyes and shot a jealous glance at the woman in the corner. The steam seemed less thick and Vera saw that she was middle-aged rather than elderly. Short curly hair, a plain blue costume. Slender, with long, shapely legs. Only then, as a hidden draught cleared the mist again, did Vera realize that her companion was too still and her skin was too pale. The object of Vera’s envy was dead.


Out in the pool area the aerobics class had begun. There was music, though only the thumping bass beat was discernible. Vera looked over the swing door. In the water the women were twisting their bodies and waving their hands in the air. She bent over the body and felt for a pulse, knowing as she did so that she wouldn’t find one. The woman had been murdered. There were petechiae in the whites of the eyes and bruising around the neck. She knew it was wrong, but a little voice in Vera’s head shouted in excitement. Now she hesitated. The last thing she wanted was to create mass panic. Neither was she prepared to greet medics or colleagues in a black bathing costume, which gave her the appearance of a small barrage balloon. She needed to dress first.

A young woman in the uniform dress of yellow polo shirt and yellow shorts was collecting sponge floats from the side of the pool. Vera waved her over.

‘Yes?’ A badge strung around the woman’s neck on a bit of nylon string said she was called Lisa. She dropped the floats into a pile, gave a professional smile.

‘There’s a dead woman in the steam room.’ The background noise was so loud that Vera had no anxiety that she’d be overheard.

But the girl had heard her. The smile disappeared. Lisa stared at her, speechless and horrified.

‘I’m the police,’ Vera said. ‘Detective Inspector Stanhope. Stand there. Don’t go in and don’t let anyone else in.’ Still no response. Lisa continued to stare. ‘Did you hear me?’

The changing room was almost empty because the class was continuing. Vera pulled her mobile from the locker and phoned Joe Ashworth, her sergeant. For a moment she considered lying. I was having coffee in the bar and the staff called me down when they found the body. But of course that wouldn’t do. She’d sweated in the steam room, sneezed. Her DNA would be there. Along with that of a countless number of health-club members. Besides, how many times had she ranted about the small lies told by witnesses to hide embarrassment?

With her free hand Vera pulled on her knickers. Once the class was over, people would be queuing up to use the steam room and she wasn’t sure the little lassie in yellow had it in her to stop them.