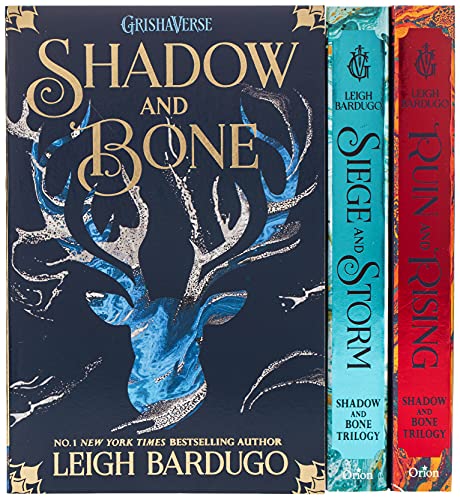 See the Grishaverse come to life on screen with Shadow and Bone, now a Netflix original series.

All three books in Leigh Bardugo's New York Times-bestselling Shadow and Bone Trilogy are now available together in a beautiful paperback set.

Soldier. Summoner. Saint. Follow Alina Starkov through Shadow and Bone, Siege and Storm, and Ruin and Rising as she discovers her dormant powers and is swept up in a world of luxury and illusion. As Alina struggles to fit into her new life, a threat to the kingdom of Ravka grows?one that will test old alliances and challenge the very limits of magic, one that will forge a leader from a frightened girl.

Praise for The Shadow and Bone Trilogy:

"This is what fantasy is for." Laini Taylor for The New York Times on Shadow and Bone

"Set in a fascinating, unique world rich with detail, Shadow and Bone was unlike anything I've ever read. Alina is a clever, sympathetic character I will gladly follow into the next installment?which can't come soon enough!" Veronica Roth, New York Times-bestselling author of Divergent, on Shadow and Bone