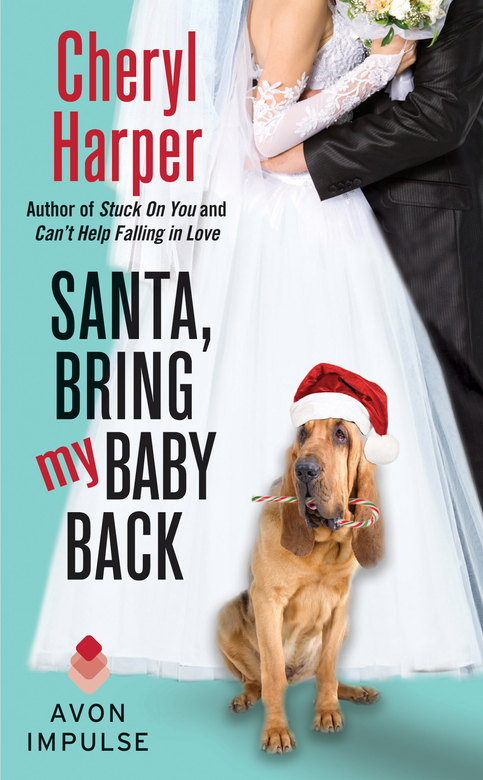 Santa, Bring My Baby Back

A bride abandoned at the altar . . . just in time for Christmas? 'Tis the season for second chances at Cheryl Harper's Elvis-themed Rock'n'Rolla Hotel.

After trying and failing at acting, modeling, dog grooming, and a dozen other jobs, Grace Andersen thought for sure she'd nail marrying a rich man. But dumped in a hotel chapel and strapped for cash, Grace needs a miracle—and a job.

If it were up to Charlie McMinn, Grace would be a married lady by now. Officiating weddings in gold lamé and a rock star pompadour may not have been his idea of getting into the holiday spirit, but with a gorgeous bride asking for his help, Charlie doesn't mind sticking around his mother's hotel a few more days. Especially if it means getting Grace settled …

Grace isn't sure what to think of sexy, rugged Charlie, except that she can't deny the attraction between them, or how good it feels to finally fit in somewhere. Is she ready to give a certain place—and a certain someone—a real chance? Or will she abandon a true Christmas miracle?