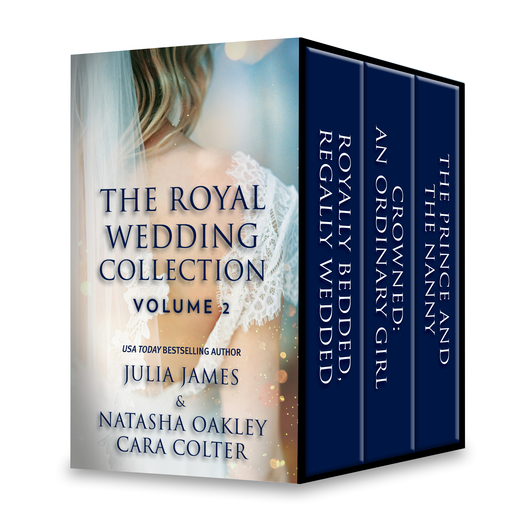 Say “I do” to three prince heroes in this collection of classic royal wedding romances.

Lizzy Mitchell has something that Prince Rico Ceraldi wants: she’s the adoptive mother of the young heir to the throne of San Lucenzo, Rico’s Mediterranean principality!

Lizzy will do anything for her little boy! So when Rico demands a marriage of convenience, she agrees. It’s a union in name only, as Rico considers her far too ordinary. But a royal wedding means a royal makeover — and when Rico sees his princess bride, he wants her…in his bed!

Just as Sebastian had tasted normal life, he was forced to do his duty. Accepting the crown meant losing his most precious gift — the love of an ordinary girl.

Now, years on, Marianne Chambers is visiting Andovaria and Seb has been given the second chance he’s always longed for. Can he fight tradition and crown Marianne as his very own princess?

The Prince And The Nanny — Cara Colter

Feisty redhead Prudence Winslow’s down to her last cent and is cynical about finding Mr Right, so she has sworn off men — for a year!

Then she meets Ryan Kaelan and his delightful motherless children who need her nanny skills. Prudence takes the job, telling herself it wasn’t Ryan’s jaw—dropping sexiness that convinced her — or the fact that he is a real—life prince! But will she be able to resist Ryan’s royal command — to seal the deal with a kiss?