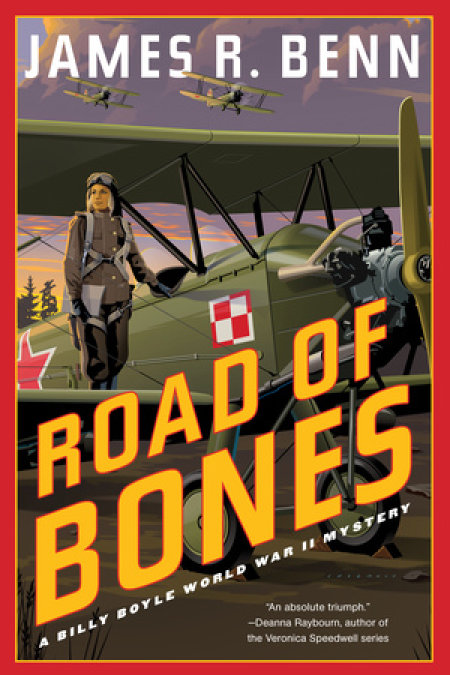 Billy Boyle is sent to the heart of the USSR to solve a double-murder at a critical turning point in the war in this latest installment of critically acclaimed James R. Benn's WWII mystery series.

It’s September 1944, and the US is poised to launch Operation Frantic, a shuttle-bombing mission to be conducted by American aircraft based in Great Britain, southern Italy, and three Soviet airfields in the Ukraine. Tensions are already high between the American and Russian allies when two intelligence agents—one Soviet, one American—are found dead at Poltava, one of the Ukrainian bases. Billy is brought in to investigate, and this time he's paired, at the insistence of the Soviets, with a KGB agent who has his own political and personal agenda.

In the course of an investigation that quickly spirals out of control, Billy is aided by the Night Witches, a daring regiment of young Soviet women flying at night at very low altitudes, bombing hundreds of German installations.

It’s a turning point in the war, and allied efforts hang by a thread. Unless Billy and his KGB partner can solve the murders in an atmosphere of mutual distrust, Operation Frantic is doomed.