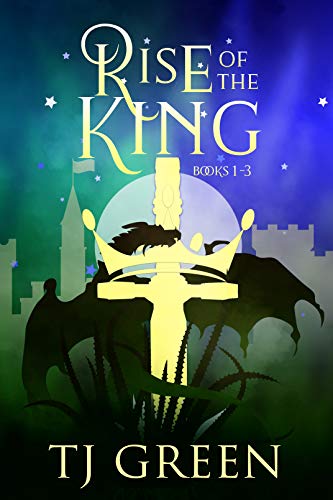 Rise of the King

When sixteen year old Tom's grandfather mysteriously disappears, Tom stops at nothing to find him, even when that means crossing to a mysterious and unknown world.

When he gets there, Tom discovers that everything he thought he knew about himself and his life was wrong. Vivian, the Lady of the Lake, has been watching over him and manipulating his life since his birth. And now she needs his help to wake King Arthur.

From Excalibur and Arthur, to the Lady of the Lake, Nimue and Merlin, Tom finds the old myths are real - and dangerous. If he's to survive, he has to learn how to fight.

This multi-volume set contains Call of the King, The Silver Tower, and The Cursed Sword.

If you love magic, mystery and old myths with a new twist, you'll love this re-imagining of the Arthurian legend.

*This title was previously released as Tom's Arthurian Legacy, containing Tom's Inheritance, Twice Born, and Galatine's Curse. Call of the King, (previously Tom's Inheritance), has been fully rewritten with expanded scenes and a new ending. Consequently the beginning of The Silver Tower (# 2) has changed to reflect this. The Cursed Sword remains the same.