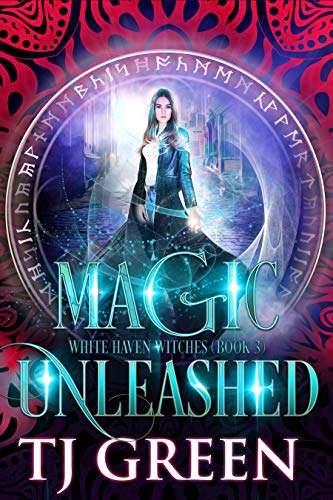 Avery and the White Haven witches have finally found their grimoires and defeated the Favershams, but their troubles are only just beginning.

Something escaped from the spirit world when they battled beneath All Souls Church, and now it wants to stay, unleashing violence across Cornwall.

On top of that, the magic they released when they broke the binding spell is attracting powerful creatures from the deep, creatures that need men to survive.

And then there's the Witches Council. Thirteen covens spread across Cornwall, and not all of them welcome the White Haven witches.

Avery, Alex and the others find themselves fighting to save White Haven, their friends, and their lives.

If you love urban fantasy, magic, witchcraft, and a twist of romance, you'll love Magic Unleashed. 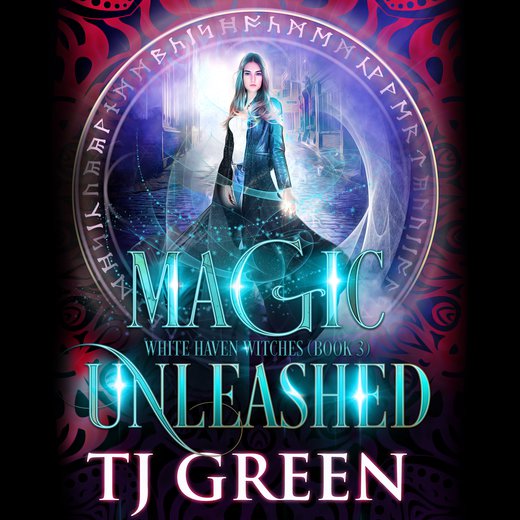 Avery stood on the cliff top looking out over White Haven harbour and the sea beyond. It was after ten at night and the moon peeked out behind ragged clouds, casting a milky white path over the water.

Alex stood next to her and sighed. “This is crazy. I told you it was a waste of time.”

“We have to check. The old guy was insistent he’d seen something. He looked panic-stricken.”

“He’d probably had a few too many rums.”

“You didn’t see him,” Avery persisted. “He looked white, and he said he’d only seen something like it once before in his lifetime, and that was just before a couple of young men disappeared and were never seen again.” Alex snorted, and Avery punched his arm. “I can’t believe you’re scoffing after all we’ve seen recently.”

It had been just over a week since the five witches had broken the binding spell beneath the Church of All Souls, marking the end of a fight that had been going for centuries with the Favershams, a family of witches who lived in Harecombe, the town next to White Haven.  The binding spell had been cast centuries earlier by Helena Marchmont, Avery’s ancestor, and the other four witch families in White Haven. It had trapped a demon and the Faversham’s ancestor beneath the church using a huge amount of magic. Breaking the spell had been difficult, but with the help of Helena’s ghost they had succeeded, releasing magical energy that increased their own power. They had then defeated Sebastian Faversham, rescued Sally, and regained Reuben’s missing grimoire. But Sebastian’s final warning had proved correct. Strange things were indeed happening in White Haven.

In the last few days a dozen reports of strange noises and ghostly apparitions had been the centre of town gossip. Lights had appeared up at the ruined castle on the hill in the dead of night, and one fishing boat had reported seeing green lights in the depths of the sea, before they had hurriedly left the area and sailed for home.

On top of all that, Helena had reappeared, if only briefly, in Avery’s flat. The scent of violets had manifested first, and then the smell of smoke and charred flesh, and Avery had yelled out, “Helena! Stop it!” Fortunately—or not, Avery couldn’t work out which she preferred—she couldn’t see Helena very often now, but it was unnerving to detect her unique presence in the flat. She hadn’t resorted to warding the flat against her, but was seriously considering it.

Although Avery hoped these manifestations would settle down, she suspected they were only the beginning. And then that morning, an old man had appeared in the shop. He looked around nervously, and then approached Sally, who in turn escorted him over to Avery as she sorted some new stock in a quiet corner.

“This is Avery,” Sally said cheerfully. “I’m sure she can help you, Caleb.” She gave Avery a knowing look and left them to it, Caleb wringing his cap as if it was soaking wet.

“Hi Caleb, nice to meet you. How can I help?” Avery adopted her friendliest smile. Caleb looked as if she would bite. “I’ve, er, got something to tell you that you might find interestin’.”

“Go on,” she nodded encouragingly.

“I hear you may have abilities others may not,” he said, almost stumbling over his words.

Oh, this was going to be one of those conversations.

She hesitated for a second, wondering what to say. “I may have, yes.”

“I was on that fishing boat the other night.”

Avery was confused for a second, and then realisation flashed across her brain. “The boat that saw the lights?” She looked at Caleb with renewed interest.

His hair was snowy white, but thick and brushed back from his face, falling to his collar. He had a full white beard, and wore a heavy blue jacket despite the heat, thick cotton trousers, and wellington boots. His face was covered in wrinkles, but his pale blue eyes were alert and watchful. He reminded her of the old sea captain from the fish fingers adverts.

“Yes, the boat that saw the lights. I wasn’t going to say anything, but I remember only too well what happened the last time I saw them.”

“You’ve seen them before?” Avery said, surprised. “Are you sure it wasn’t just phosphorescence?”

“I know what that looks like, and this was different.”

“Different how?” Avery asked, narrowing her eyes and feeling a shiver run through her.

“The lights circled below the boat, even and slow, three of them in all, and then started to weave a pattern below us. The young ones were transfixed. A wave crashed over the side and broke my concentration, but I could hear something.” He stopped and looked away.

“Strange, unearthly, hypnotic. I started the throttle and headed out of there, almost breaking our nets in the process.”

Avery knew she should laugh at his outlandish suggestion, but she couldn’t. He was so serious, and so absolutely believable. “And then what happened?”

“They disappeared. And I didn’t look back.”

“What happened the last time you saw them?”

“That was a very long time ago—I was only young myself.” Caleb looked away again, shuffling uncomfortably, and then lowered his voice. “Young men disappeared. Vanished—without a trace.”

“But, how do you know that was related to the lights?” Avery felt bad for asking so many questions, but she half-wondered if he was winding her up.

“They’d been spotted with some young girls, and … Well, things weren’t normal.”

Avery blinked and sighed. “I know I’m asking a lot of questions, Caleb, but why weren’t they normal?”

“They were last seen at the beach, and their clothes were found there, but nothing else. And no, it wasn’t suicide.” He rushed on, clearly not wanting to be interrupted again. “I think they want something, I don’t know why I think that, but I do. I know it. And it’s only a matter of time before they arrive, so you need to stop them.”

“How can I stop something I don’t even know exists?” she asked, perplexed.

“I have no idea. I’m just offering you a warning.” And with that he left the shop, leaving Avery looking after him, bewildered.

She sighed as she remembered her earlier conversation, and rubbed her head. “It sounds like it’s out of a story book. Mysterious lights in the sea, weird singing, loss of memory. Sebastian warned us that creatures would come. What if our magic sent a wave of power out into the sea? I guess it’s possible.”

Alex nodded, his features hard to see in the darkness on the cliff top. “The old myths talk of Sirens who sing sailors to their doom, but the old guy’s story also reminds me a little of the Selkie myths.”

“The seals that take human form?”

“Pretty much.” He turned to her. “The myths haunt all coastal communities. They were popular in Ireland, particularly where I was on the west coast. And of course here in Cornwall there are Mermaid myths—they come looking for a man to take back to the sea with them to become their husbands and make lots of mer-babies.”

“Great, so green lights and mysterious singing under the sea could be a rum-soaked hallucination, or maybe one of three weird myths.”

He grinned. “Or a few others we haven’t thought of, but I’ll keep watch for women shrouded in seaweed or seal coats shed on the beach.”

“You’re so funny, Alex,” she said, thinking the complete opposite.

He turned to her and pulled her into his arms. “I don’t care how alluring they’re supposed to be, they wouldn’t be half as alluring as you.”

She put her hands against his chest, feeling the strong beat of his heart and the warmth of his skin through his t-shirt, and looked up into his warm brown eyes. She could feel her own pulse starting to flutter wildly and wondered if he realised quite what he did to her. “You’re very alluring yourself.”

“How alluring?” he asked, his lips a feather-light touch on her neck.

“Too alluring.” She could feel a tingle of desire running through her from their contact.

“No such thing,” he said softly. His hand caressed the back of her neck and pulled her close for a long, deep kiss as his hands tangled in her hair. Pulled so close to him, she felt his desire start to grow, and he stepped away, a wicked gleam in his eyes. “Let’s go back to mine. I’ve got better things in mind than standing on a cliff top.”