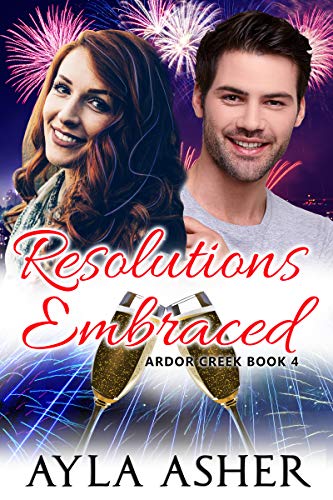 She came back to win...and to rewrite a narrative created so long ago...

Chad Hanson has one true love: being mayor of Ardor Creek. With his charming personality, kind nature, and adoration of the small town, it's as if he was born for the role. Although he dates constantly and loves playing the field, he's never come close to falling for someone the way he loves his job.

Abby Miller left Ardor Creek after high school, determined to become something other than a pariah.  Chad Hanson had accidentally bequeathed her the name “Flabby Abby,” which destroyed any chance of making friends or having a normal high school existence.

Two decades later, Abby returns, fierce and confident after her tenure as a senior advisor for a prominent Washington D.C. senator.  Armed with her skills and experience, she begins an invigorating campaign to become the first female mayor of Ardor Creek...and to exact a smidge of payback against Chad.

Chad is blown away by his opponent. Drawn to her, he slowly realizes she might actually win...not only the election, but Abby Miller might be the first woman to capture his heart.

Welcome back to Ardor Creek! If you love sizzling banter that cracks you up and makes you snicker, smokin' hot love scenes, and a sweet frenemies-to-lovers tale, this book is for you! As with all of Ayla's books, there's a slight holiday twist, and this one has a fun New Year's Eve ending. The Ardor Creek gang is back and ready to watch serial dater Chad Hanson fall in love. Enjoy! 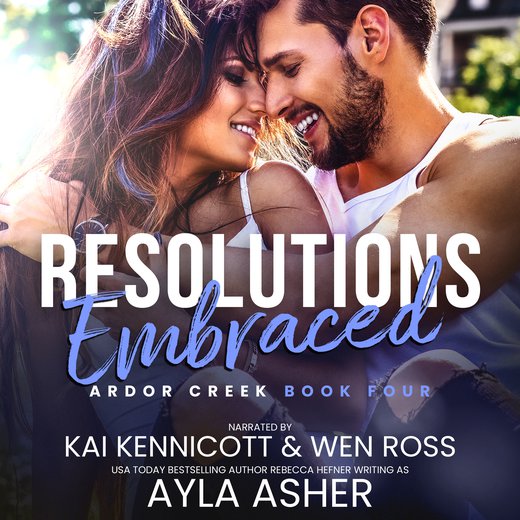 Once the fresh beer was in front of him, Chad took a sip, wondering if he looked pathetic sitting alone at the bar on a Sunday afternoon.  Glancing around, he noticed the woman sitting a few seats away.  She was watching football on the screen above the bar, face rapt with attention.  There was something familiar about her button-nose and apple-ripe cheeks, causing him to wonder if he’d met her before.  Long, black eyelashes extended from her eyes, and blue strands of hair intermingled with the brown locks that ran down her back.  Feeling his eyes narrow, he realized he was interested.

She wore a green sweatshirt and dark jeans which encircled her ass and thighs like a glove.  Her body was curvy in all the right places, and he suddenly wondered what it would feel like to squeeze the flesh under those tight jeans.  Clearing his throat, he took another sip, trying to ease his suddenly parched mouth.

“You a Jets fan?” he asked before he even realized the words left his mouth.

She slowly turned her head and brown, almond-shaped eyes assessed him.

She scowled.  “I’m not sure you can call what they’re doing playing.  They suck.”

Chuckling, he nodded.  “Yep.  I’m an Eagles fan.  They’re not the greatest but everyone is better than the Jets.”

“I know.  My college roommate in D.C. was a Jets fan so I jumped on board.  Should’ve gone with the Ravens.  Now, they’ve got me in their clutches and I’m loyal.  The second I shun them, they’ll win the damn Superbowl.”

“So true.  I admire your loyalty.”

Reaching into her purse, she pulled out some cash and set the bills on the bar before standing.

“Thanks, Terry,” she said, placing the purse strap on her shoulder.  “Big day tomorrow.  I’m heading out.  Keep the change.”

She started to walk past him and Chad had the insane urge to grab her arm.  Instead, he said, “Hey, I didn’t get your name.  I’m Chad.”

She halted and stared at him like he had four heads.

Resuming her brisk pace, she exited the pub as a waft of cold air rushed behind her.

“Well, that was rude,” he muttered to himself.  “She could’ve at least told me her name.”

Terry sauntered over, holding a wet cloth in her hand.

“You know her name, Chad,” she said as if he were an idiot.

“I do?  She seemed familiar but I couldn’t place her.  Who is it?  Someone from Ardor Creek High?”

“Chad,” she said, resting her palms on the bar and leaning forward.  “I can’t believe you didn’t recognize her.  That was Abby Miller.”

His eyes grew wide as he studied his friend.

“Yes, sir.  That was the woman you decimated all those years ago in high school.  I’m surprised she didn’t throw her drink in your face.”

“Holy shit.”  Running his hands over his face, he shook his head.  “She looks…different.”

“Seems like she’s lost a fair bit of weight but she still looks the same to me.  She always did have a pretty face.”

“She did,” he murmured as remorse began to simmer in his bones.  Why?  Well, that thing he really regretted in high school?  It revolved around one person.  One super-nice, super-sweet person who hadn’t deserved what he’d done to her.

“She’s been back in town for a while from what I hear but I haven’t seen her at the pub until today.”

“I feel terrible I didn’t recognize her.”

“Well, she might not care since she’s probably not your biggest fan.  She may be the only person in Ardor Creek who doesn’t like Chad Hanson.”

“I don’t blame her,” he said, running his fingers through his hair.  “Should I go after her and…apologize?”

“Uh, you’re about twenty years too late, I think.  And besides, how do you atone for giving someone a nickname that basically ruined their senior year?  Not even sure where you’d start.”

“I have no idea.  Do you think people will still remember after all this time?”

“That you called her Flabby Abby in front of the entire school and cemented her status as an outcast?  Um, yeah, I think people will remember.  It’s Ardor Creek, Chad.  There are no secrets here.”