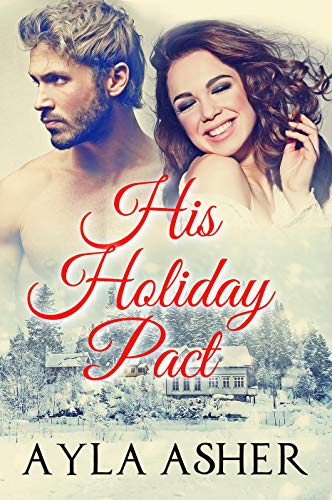 Who knew a fake holiday relationship could be so fun?

Kayla Summers has had enough of her mother's insistence that she find a man and get married.  At thirty-three, she's a successful attorney and has a fantastic life. Knowing her mother will grill her constantly over the upcoming holidays about her single existence, she dreads the visits home.

Carter Manheim is a self-proclaimed bachelor, dead set on seducing every beautiful woman in Manhattan. And why not? His parents' disastrous marriage and divorce proved that lifelong commitments just aren't viable. As his mother's health worsens, his only wish is to give her one last happy holiday, even if it entails bringing home a girlfriend.

When Kayla's sexy neighbor proposes they take each other home for the holidays as fake partners, she's floored. However, getting her mother off her back is her number one priority and she agrees to the arrangement. Now, if she can only keep her heart from becoming emotionally entangled with the player of the century, she'll be just fine...

This book is filled with fast-paced fake relationship shenanigans and steamy scenes designed to melt your Kindle.  The main character's mother has late-stage cancer so please consider that before you read.  Here's hoping this funny, romantic story can give you a few hours of escape during the holidays!  Enjoy! 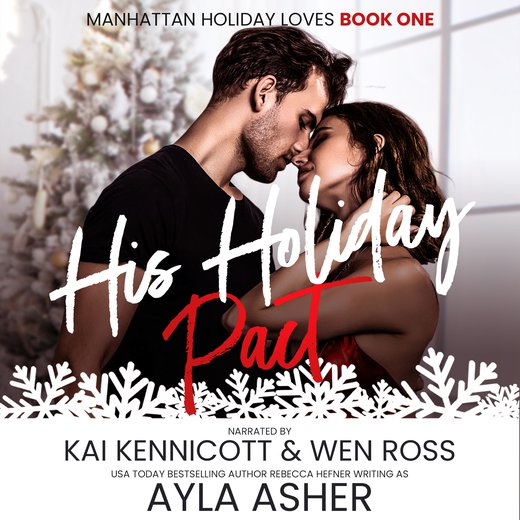 “This is insane, Carter.  I can’t even believe we’re discussing this.  Isn’t it wrong to deceive them?”

He sighed, clutching his glass.  “I don’t know.  Maybe.  I just want to make my mom happy.  I know she’s bummed that I haven’t found love or whatever.  She’s never understood that I don’t want that.  I guess I just figured this would bring her some happiness before she passed on.  Maybe I’m just being ridiculous.”

Lifting his gaze to hers, he gave a sad smile.  “She’d like you.  She loves a killer sense of humor.”

Kayla studied him, the sad hunch of his shoulders and the forlorn smile on his exquisite lips.  Son of a bitch, she wanted to do it.  The scheme was all sorts of crazy, but it would actually alleviate a lot of suffering for both of them.  In the end, if it brought their parents happiness, was it really such a bad idea?

“Okay,” she said before she realized she’d spoken the word.  “Let’s do it.”

She nodded.  “Yep.  Let me commit before I chicken out.  Once I make a commitment, I never waver.  Should we seal it with a shake?”  Extending her hand, she waited for him to take it.

He slid his hand over hers, so much larger, the skin warm and smooth.  Enveloping her in a firm grasp, he shook, their deal now cemented.  Retracting her hand before she did something stupid, like bat her eyelashes at him like a lovesick teenager, she lifted her beer.  “To my new fake boyfriend.”

Grinning, he clinked his glass with hers.  “To my new fake…” he took a sip, seeming to choke on the word, “girlfriend.  Sorry, new word for me.  It’s a doozy.”

“You’ve really never had a girlfriend?” she asked, amazed.  “You’ve got to be, like, thirty-seven.”

“Lucky me,” she muttered, causing him to chuckle.  “So, we should probably come up with a story.  How we met, our first date, blah, blah, blah.  We need to make it believable.”

“Good call.  I’ve got some lines to memorize tonight and this week is busy, but what are you doing on Friday?  We could order in and spend some time making up our fake relationship timeline.”

“Sounds good to me” she said.  “I usually collapse on Fridays because I’m so tired from work.  It’s usually pizza and PJs.”

“Sweet,” he said, nodding.  “I’ll be at your place at seven with pizza in hand.  Let me get your number and you can text me what toppings you want.”  Pulling out his phone, he recorded her number and shot her a text so she had his.  “This is going to be fun.  I’ve never hung out with a girl without the possibility of sex.  If I’m not careful, this fake relationship is going to seem real.”

“You can still have sex when you’re in a relationship, Carter,” she said, glaring at him.  “In fact, if you love someone, I hear the sex is actually better.”

His features scrunched.  “No, thanks.  I like my sex without a side of love.”

“And you’re stuck with me, at least until after Christmas.  Hope you can stomach it.”