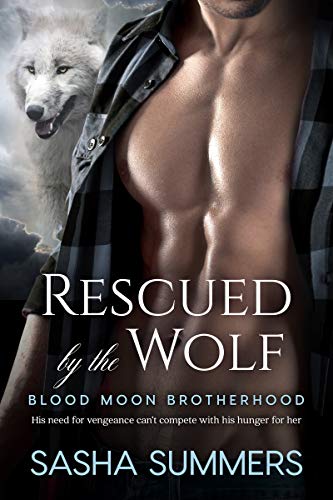 Rescued by the Wolf

Mal wants one thing in life—vengeance against those that deserted him and those who tortured him. But rescuing a wounded woman from their captors, one that wreaks of innocence and fear, makes Mal put his plan on hold. Temporarily. He'll do what he needs to keep her alive and safe, even if it changes both of their lives forever.

Being stabbed and held in a dark cell wasn't on Olivia's top ten list. Her savior isn't exactly hero material. Angry, scarred, and pissed at the world, he seems to resent being saddled with her. But the longer they're together, the more firmly a connection forms between them. A connection that binds her to him, his pack, and his world. But that connection may just lead to her death.