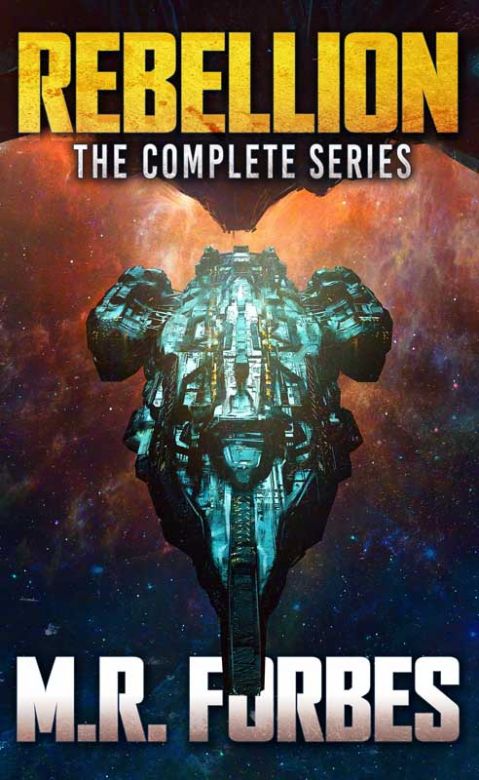 M.R. Forbes Founding author
Follow
The time to fight for what is ours has come. Welcome to the rebellion.
Genres: Genetic EngineeringSpace ExplorationSpace OperaAlien ContactAlien Invasion
Buy now
Available in:

All three books of the bestselling Rebellion series now available for one low price for a limited time. Rebellion is more than another alien invasion story. It’s a story about family, love, loss, and redemption told from both the human and alien sides, and written with the action-packed pacing, unexpected twists, and relatable characters that have made M.R. Forbes one of the most popular sci-fi authors on Amazon.

From Book One:
When the aliens came, they came without warning.
Their weapons were unstoppable, their defenses unbreakable.
Our technology was inferior, our militaries overwhelmed.
Only one starship escaped before civilization fell.

Earth was lost.
It was never forgotten.

Fifty-two years have passed.
A message from home has been received.
The time to fight for what is ours has come.

Welcome to the rebellion.

Includes:
Man of War
Weapons of War
Tides of War