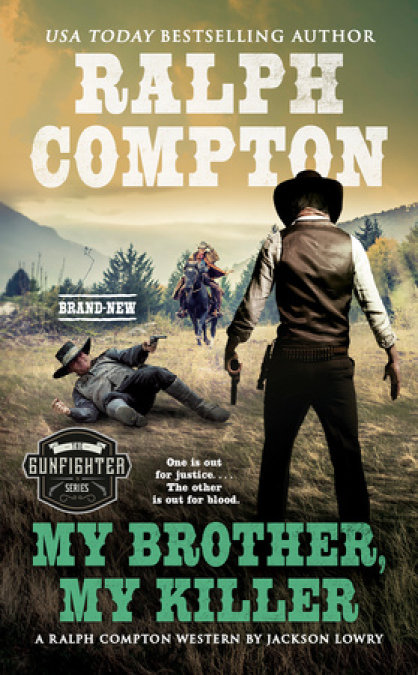 Ralph Compton My Brother, My Killer

Two bothers face off in a deadly game of cat-and-mouse—one is out for justice...the other is out for blood, in this gripping new Western in Ralph Compton's bestselling Gunfighter series.

They say blood is thicker than water and that family always comes first. But what if your family is the one that wants your blood?

Sheriff Jacob Wilkinson loves his younger brother, William, but it's not easy when he's constantly trying to shoot him. Will blames his brother for the death of his young wife and has nothing left to live for—except vengeance. For his part, Jake is trying to do the right thing and track down the Collier gang, the ones actually responsible for the incident that robbed Will of his wife.

But with Will sabotaging him at every turn, the odds that Jake will get justice for his brother seem nigh impossible. Jake has to find a way to get through to Will before it's too late and one of them ends up dead.