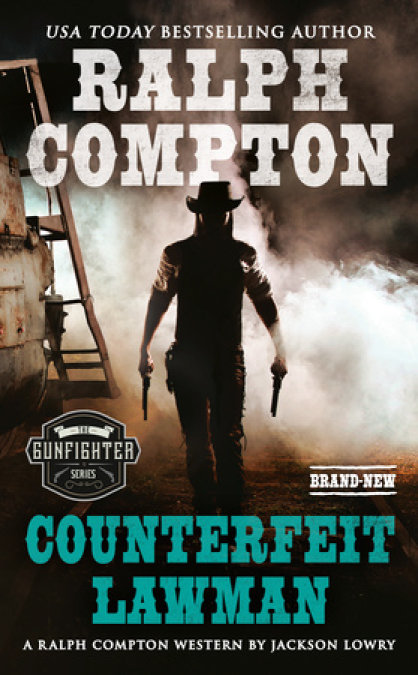 A man inadvertently assumes the identity of a Federal marshal in this exhilarating new Ralph Compton Western.

Augustus Yarrow is a top lawman, noted for going undercover to ferret out criminals: everyone from bank robbers to corrupt officials. He’s the best of the best…until he winds up dead.

Isaac Scott is looking for something better than his life of riding the rails when the man he's sharing a car with is shot. There's money and mysterious papers on the man, who attempts to tell Ike something with his dying breath, right before Ike himself is arrested.

When he's mysteriously freed, Ike realizes it’s because the papers declare that he’s Deputy Marshal Yarrow. Ike wants nothing to do with it. But when he stumbles across illegal shipments of enough arms and ammunition to start a war, Ike knows he’s the only person who can stop the catastrophe from occurring—even if it means becoming a counterfeit lawman.