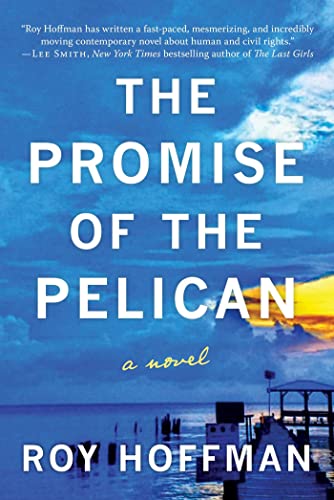 Promise of the Pelican

Early Praise for The Promise of the Pelican:

"A thrilling novel, with characters as memorable as those of Shakespearean tragedy...I could not put it down." --Sena Jeter Naslund, author of Ahab's Wife

At once a literary crime novel and an intergenerational family drama, The Promise of the Pelican is set in the multicultural South, where justice depends on the color of your skin and your immigration status. Hank Weinberg is a modern day Atticus Finch, recently retired as a defense attorney in Mobile, Alabama, and a Holocaust survivor, who fled the Nazis as a young child with his parents. With his daughter in rehab, he's now taking care of his disabled grandson. Mourning his dead wife, spending mornings fishing on the peer with other octogenarians, he passes the rest of his days watching over his sweet grandson with the help of Lupita, a young Honduran babysitter. When her brother Julio, an illegal immigrant, is accused of murder, Hank must return to the courtroom to defend him while also trying to save his daughter and grandson's life from spinning out of control. The Promise of the Pelican takes its title from the legend that a pelican will pierce its own breast for blood to feed its starving chicks, a metaphor for one old man who risks all to save the vulnerable.