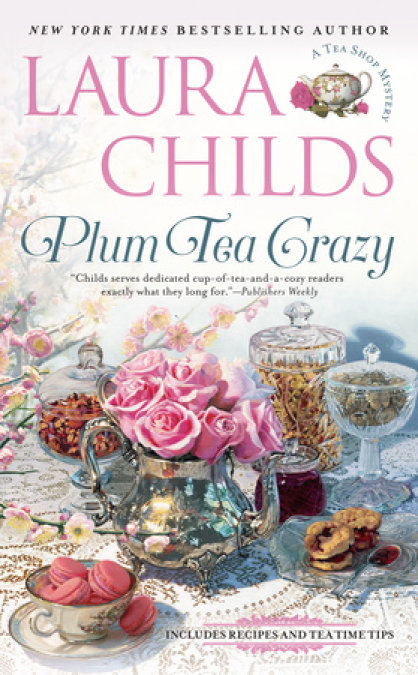 While viewing the harbor's Gaslights and Galleons Parade from the widow's walk of Timothy Neville's Charleston mansion, local banker Carson Lanier seemingly tumbles over a narrow railing, then plunges three stories to his death. But a tragic accident becomes something much more sinister when it's discovered that the victim was first shot with a bolt from a crossbow.

At the request of the mansion owner, Theodosia investigates the tragedy and is soon neck deep in suspects. An almost ex-wife, a coworker, a real estate partner—all had motives for killing the luckless banker, but one resorted to murder to settle accounts. 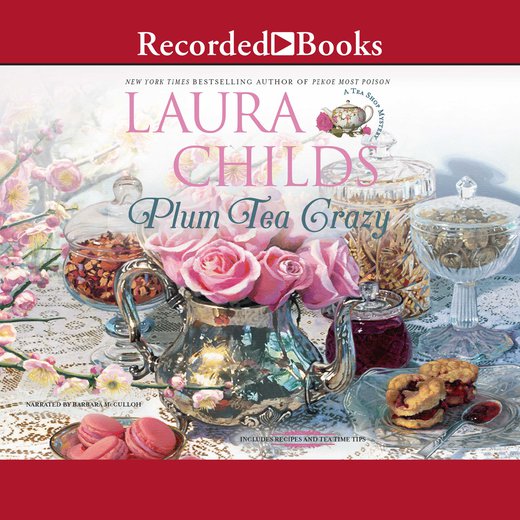 "This is fantastic," Theodosia Browning said as she lifted a hand to her face to block out a sliver of ambient light. "I've never seen anything like it."

"Magnificent," Drayton Conneley declared. "There hasn't been this much razzle-dazzle since the Union shelled Fort Sumter back in 1861."

It was the night of the Gaslights and Galleons Parade. Two dozen tall ships had sailed here from all points of the globe—Britain, France, South America, even Singapore—to dazzle the thousands of people who had gathered in White Point Garden on the shell-strewn banks of Charleston's famed Battery. Of course, Theodosia and Drayton, as invited guests of Timothy Neville, were thrilled with their perch high up on the third floor widow's walk that graced their friend's Archdale Street mansion.

"Wouldn't you love to be sailing on one of those ships right now?" Theodosia asked Drayton in a dreamy voice. Running the Indigo Tea Shop was her number one passion, but sailing wasn't far behind. She was in heaven when she was out on the water, the wind snapping her riot of auburn hair into long streamers and the salt air making her blue eyes sparkle and lending her fair complexion a soft glow as if lit by a saint's candle.

But Drayton looked absolutely horrified as he answered. "Me? On a sailing ship? Absolutely not. Don't you know by now that I'm a confirmed landlubber?"

"What if you were magically transported to a clipper ship?" Theodosia favored him with a wry grin. "One of the early ships tasked with transporting bales of wonderful black tea from China to England?"

"Say, now," Drayton said, taking a step back from the railing. "That's not quite playing fair. You're appealing to my weakness for tea and history."

Drayton was sixty-something, the portrait of a proper Southern gentleman with his tweeds, bow ties, grayed hair, and regal bearing. He was also the best tea sommelier Theodosia had ever encountered. Drayton was so well schooled in the art of tea and tea blending that she considered herself fortunate to have wooed him away from his teaching post at Johnson & Wales culinary school to work side-by-side with her at the Indigo Tea Shop. They'd been together for a half dozen years now, always refining their tea menu, upgrading the décor of the charming Church Street tea shop, and catering countless tea parties.

Tonight was one of those parties. Well, sort of.

A recent spate of warm spring weather had caused native plum trees to explode in a riot of purple glory all over the Historic District. In a nod to this auspicious occasion, Theodosia had brought along a wicker hamper heaped with plum and black currant scones. Drayton's contribution was a special plum-flavored Ceylonese black tea that he'd custom blended. These offerings were in addition to the elegant light supper buffet that Timothy had laid out in the downstairs dining room for his two dozen guests.

"Getting chilly," Theodosia said, pulling her pink cashmere wrap tight around her shoulders. She was outdoorsy and loved to jog, sail, and hike. Delighted in breezing around the low country with the hardtop off her Jeep, but tonight had turned downright cold.

"But nobody's leaving," Drayton pointed out. They were standing at one end of the widow's walk, a long, narrow wooden walkway that ran the length of the home's roofline. All along the walkway, people were spread out, conversing quietly in small groups, eagerly watching the ships as they bobbed and wheeled in the harbor. It was difficult to see who these other guests were up here, since the night sky was so black and moonless and Theodosia and Drayton had arrived a little late to the party. Too late to be properly introduced. In any case, all the folks up top had to concentrate on watching their step, since the decorative wrought-iron railing that bordered the widow's walk was barely three feet high.

"Perhaps we should go in," Drayton suggested. "Warm up and enjoy some light supper along with Timothy's hospitality." He glanced at his watch, an antique Piaget, and frowned. "It's gotten so dark I can't quite make out the time."

Theodosia glanced sideways at St. Sebastian's, the nearest neighborhood church in a city so filled with churches it had been dubbed the Holy City. A lighted clock in a red brick steeple shone the current time. "It's just nine o'clock," she said.

"Still, tomorrow is a workday," Drayton said. "You know how I like to get a jump on Mondays."

A thunderous roar pierced the night, frightening onlookers and rattling windows in homes up and down the block.

Theodosia clapped a hand to her chest. "What was that?"

"Cannon volleys," Drayton said. "From two of the ships in the harbor, I'd guess."

Theodosia peered through the still mostly bare treetops. "Let's hope they don't do it—"

But this time the cannons' roar was followed by a high-pitched scream.

A second scream rose up, a terrified yelp that quickly morphed into an anguished and frantic shriek, like steel wheels grinding against hot metal rails.

Then came a terrifically loud thumping, like the sound a flat tire makes when it whap whap whaps against pavement. Except this was no flat tire. This was . . .

"Someone's fallen!" a man's voice bellowed. This was followed by a dozen voices rising in a collective, jangled outcry.

Theodosia spun quickly and peered down over the edge of the roof. Off to her right, twirling head over teakettle, a man was hurtling down the sloped slate roof of Timothy's house as if he were zipping down a child's slide.

"Help!" the falling man cried as he flailed and fought for handholds. His pleading, anguished note pierced the darkness. Pierced Theodosia's heart as well.

"Dear Lord!" Theodosia cried. She hoped the poor man would find something, anything, to break his fall.

"This is dreadful," Drayton said with a sharp intake of breath.

They watched helplessly as the man flopped and tumbled, then landed in a deep V that formed one of the eaves in the expansive roof. His arms flew out, beating wildly, as his fingers scrabbled desperately to find something to grasp. But he was moving too fast to completely arrest his fall and immediately catapulted down another few feet, heading for a decorative balcony. The man floundered again, making a grab for a balustrade to halt his terrible descent. His fingers grazed it by a mere inch. Then his body torqued grotesquely as he banged his forehead against the top of a stone window pediment and a thin mist sprayed out in slow motion. Blood.

Theodosia was in shock. It was as if the poor man had been caught in a hellish pinball machine, helplessly spinning and bouncing his way downward.

Theodosia felt Drayton's hand grab her shoulder in a death grip as they watched the man take a final, sharp tumble and then disappear into darkness.

"Was he really shot?" Drayton asked, his voice hoarse and shaking. "By the cannon? Or did he fall?"

But Theodosia had already bolted past Drayton and was dashing for the doorway.

"Does anybody have a phone?" she cried out. "Someone call an ambulance right now! Please!"

And then Theodosia was running, practically stumbling, down a flight of steps, the thick Oriental carpet whisper soft under her fast-moving feet. She hit the second floor landing, spun past a man and woman who stared at her with quizzical expressions, and then rushed down a wider stairway to hit the first floor landing. From there she was pounding down a long hallway past a parade of Timothy Neville's Huguenot ancestors, all memorialized in gleaming oil portraits and staring down at her with faintly disapproving looks.

Out the front door she ran, across the broad piazza, down the front steps, and around the side of the house into Timothy's garden. It was an elaborate Asian garden replete with reflecting pool, thickets of bamboo, statuary, and pattering fountains.

Maybe the poor man hadn't been fatally wounded at all, Theodosia reasoned. Maybe he'd simply lost his footing, tumbled down, and somehow landed in Timothy's reflecting pool. That was her one hopeful thought. That he was spitting water right now, shaking his head, moaning over a broken arm or smashed collarbone. He'd need an ambulance, of course. And a wild-lights-and-siren trip to the emergency room. But perhaps there was still hope. There was always hope . . . wasn't there?

But when Theodosia reached the backyard, she slid to a stop and gasped in shock. The poor man had landed directly on top of the antique wrought-iron fence that encircled Timothy's property. Reeling from such a frightful sight, Theodosia put a hand to her mouth and stifled a groan. Like a carefully collected insect held in place by a pin, the man was grotesquely impaled upon the sharply pointed fleur-de-lis spikes that topped the old fence.

Tiptoeing closer, drawn almost hypnotically to this gruesome tableau, Theodosia stared at the hapless man. His eyes were open wide in surprise and his white shirt was splattered with blood. Worst of all, one of the razor-sharp points of the fence had been driven clean through his neck.