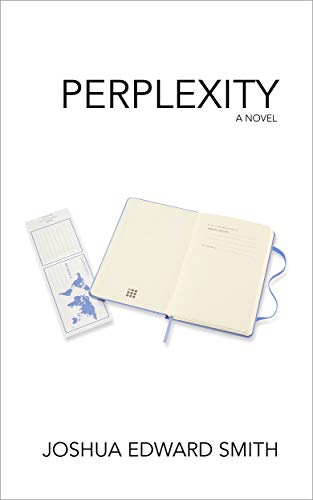 Madison is a high school senior who knows what she wants: to be a reporter. But the story that could make her career could also end her life. Is it possible that the conspiracy she's uncovered is actually cataclysmic? Can she reveal the truth before it's too late, while not getting herself killed in the process? With the help of her friends, she is sure going to try. Perplexity is a fast-paced Young Adult thriller about the next generation's struggle to save humanity from itself.

Madison recognized the sound immediately. Although she had never so much as touched a handgun, the noise made by a round being chambered was something anyone who went to the movies would know. She slowly took the camera from her eye. The telephoto lens was heavy, and she had to use both hands to gently place the borrowed Nikon on the passenger seat. She waited for her eyes to refocus and adjust to the dark, watching the rear-view mirror. She could hear her own pulse throbbing in her ear, but she breathed slowly and deeply, trying to keep her cool.

“Who are you, and what do you know?” her unexpected passenger asked.

Maddy was surprised by the voice. While it was tremulous, as one would expect from a woman of that age, it was also forceful and self-assured. “Judy?” she guessed. She was unable to stifle a smirk as she saw the surprise register on the woman’s face.

“How the fuck do you know my name? Who do you work for?” Judy demanded, raising the gun so Maddy could see it in the mirror.

Madison thought a moment. It wasn’t a question she was expecting. “The Bee,” she replied.

“The Springfield Bee. It’s the student newspaper at my high school. Can you put down the gun? You’re scaring me.”

“How old are you?” Judy asked.

“Jesus Christ.” Judy lowered the gun, and Maddy heard more clicks that she assumed meant it was being put into safe mode, or whatever gun people called that. Maddy watched as the older woman opened the rear door of the car, then the front door, and then slipped into the passenger seat. The two women took each other in. “Okay,” Judy continued, “perhaps you should start from the beginning.”