The retired famous cowboy movie star had become the dearly beloved mayor of Palm Springs. Too bad he was murdered.But who could have done it and what was their motive? Greed? a political rival? An environmental extremist? Son? Stepdaughter? Ex-wives? And what about his present trophy wife?Then there's that pesky proposed desert windmill turbine project. They kill a lot of birds,and the Desert Bird Sanctuary members were certainly against the project. The mayor's vote was needed to approve it. Looked like he might vote against it. Was that why Mayor Monty Madsen was murdered?And maybe Monty wasn't the only person in Palm Springs who wanted to be the mayor!There's a colorful cast of characters, all with strong motives, but only one of them is a murderer.Join Marty, her husband, Detective Jeff Combs, and their psychic boxer dog, Patron, as they determine not only who had the motive, but also who had the means to commit the shocking murder.This is the 13th book in the High Desert Cozy Mystery Series by a USA Today Bestselling Author. Download now and start reading! 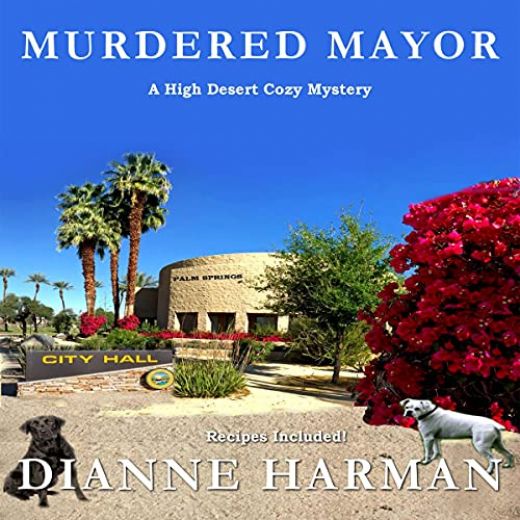