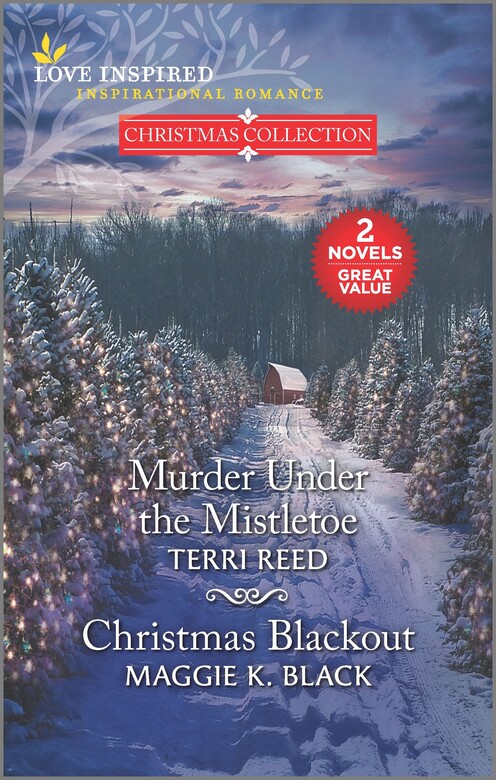 Murder Under the Mistletoe and Christmas Blackout

Deadly Christmas countdown Murder Under the Mistletoe by Terri Reed DEA agent Tyler Griffin must stop a drug cartel that’s using an Idaho Christmas tree farm to smuggle narcotics across the Canadian border. To do that, Tyler needs the help of farm owner and widowed mother Heather Larson-Randall. But getting Heather’s trust is the hardest part of his mission. As threats against Heather mount, he vows to keep her and her child safe… Christmas Blackout by Maggie K. Black When Benjamin Duff stops at his friend Piper Lawrence’s bed-and-breakfast to say goodbye before moving across the world, he finds a masked man attacking her. Rushing to save her, Benjamin crashes his truck, trapping them during a winter storm. With no power or cell phones and time running out before his trip, he’ll have to work fast to catch the killer—and decide if he’s willing to leave Piper behind.