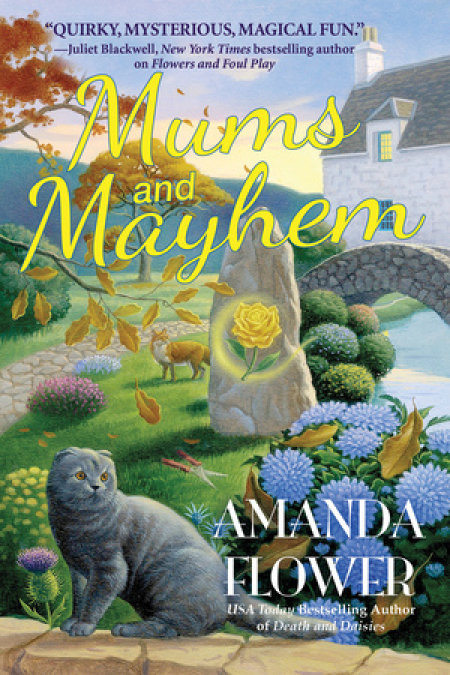 A famous fiddler has been kilt. A magic garden's left to wilt. Does Fiona Knox's father hold the guilt? Will florist Fiona's blood be spilt?

World-famous fiddle player Barley McFee arrives in blustery Bellewick, Aberdeenshire, Scotland, for a grand homecoming concert organized by jeweler Bernice Brennan. Fiona Knox, owner of the Climbing Rose Flower Shop, is starting to regret volunteering to help with the concert. Bernice is an exacting taskmaster, and Fiona has enough tension dealing with her parents, who have traveled from Tennessee to visit Fi and her younger sister, Isla, and to reveal a secret about Fi's birth. But when Barley is found dead in his trailer during the concert's intermission, and his death is shockingly tied to Fiona's father, Fiona discovers there are more secrets surrounding her family than she realized.

Much to the chagrin of handsome Neil Craig, Chief Inspector of the County Aberdeen Police, Fiona delves into the case to clear her father's name. To make matters worse, Fiona learns that Duncreigan, the magical garden that she inherited from her godfather, is dying. At some point during the concert, someone broke into the garden and cut the centuries-old climbing rose--the source of the garden's magic--from the standing stone.

The stakes are higher than ever and Fiona could lose all that she's grown unless she's able to dispel this terrible curse and dig up the truth--fast.