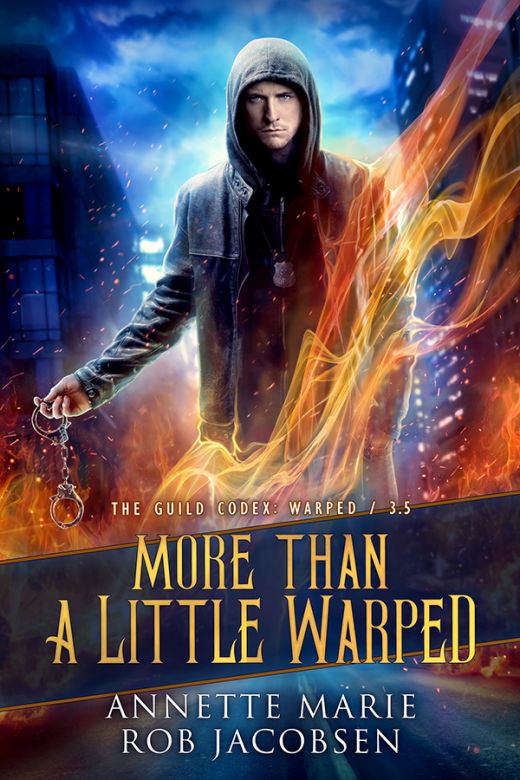 More Than A Little Warped

As a conman-turned-MPD-Agent, I'm fairly new to the whole "upholder of justice" thing, but even for me, there are some lines you just don't cross. Agent Söze of the MPD's Internal Affairs department, on other hand, seems determined to slime his way across every ethical line in existence like an over-sized eel on a power trip.

While he's dismantling the precinct and hunting down rule-breakers among the staff—a category which my partner and I definitely fall into—a veritable storm of crazy is spreading through the city. Local troublemaking guild, the Crow and Hammer, has been accused of harboring a demon mage, and while I'm not sure what to believe, I've got bigger problems to tackle.

That is, until a certain notorious rogue druid calls me up about that big IOU I accidentally promised him. Now I have no choice but to dive into the chaos—though if I can knock Söze down a peg or two in the process, it'll be worth it.

--
The Guild Codex: Warped #3.5 is an action-packed novella that tells Kit's side of the deadly final showdown from Damned Souls and a Sangria (The Guild Codex: Spellbound #8).